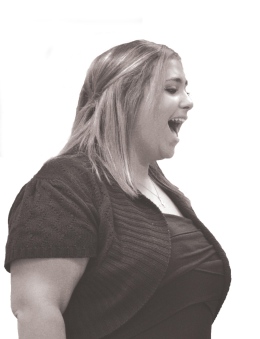 Bliss Recital Hall will host family members and opera fans on Nov. 17 at 8 p.m. for the second annual Opera Gala.

Allan Mosher, the event’s master of ceremonies and a professor of voice at Youngstown State University, said the Dana School of Music’s voice department has invited some of its best students, both past and present, to perform at the gala.

“This is the way the voice department can showcase our best singers to the community,” Mosher said. Eight current and past singers will perform at the hourlong concert.

Max Pivik, a graduate of the voice department, is among the three alumni returning for this year’s gala. He said the gala and events like it help to supplement funding for the spring opera produced at YSU.

“With money the way it is, events like these are pivotal to the success or even survival of the opera program at YSU,” Pivik said.

The voice department teamed up with the Youngstown Opera Guild last year to make the first Opera Gala a success, and the two groups will work together again this year.

The Youngstown Opera Guild, which raises money to fund scholarships for voice students, will serve refreshments at the gala.

Carla Infante, president of the guild, said a 50/50 raffle will likely be held. Half of the money will go to the winner, and the other half will go toward the voice department.

“It’s always the greatest joy to hear them sing and follow them throughout their time at YSU and hear them blossoming,” Infante said.

Pivik said he looks forward to returning and contributing to the opera program from which he graduated.

“Opera as an art form is so beautiful, yet its popularity is dwindling,” Pivik said.

“So, anytime you can put on a show for an excited audience, it’s a real treat.”

Pollice said she hopes attendance will be higher this year. The Dana Vocal Society will advertise the event at their bake sale on Tuesday.