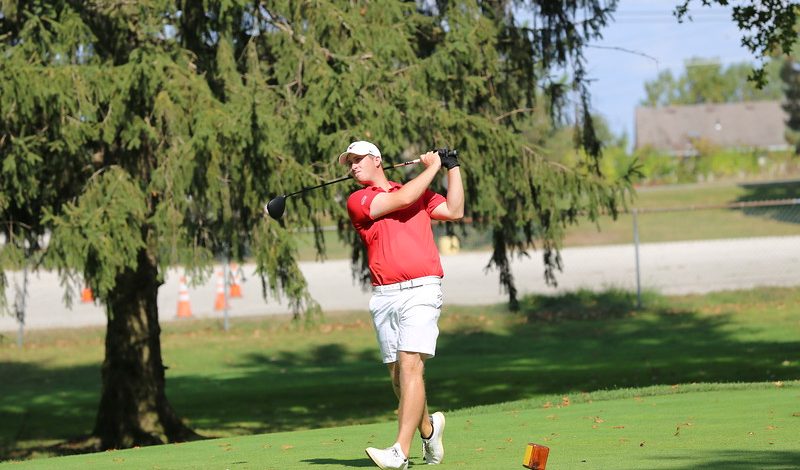 The Youngstown State University’s men’s golf team looks for greener pastures after a rough fall season. With one medalist finish recorded during the fall, the team is using the lessons it learned and is translating them to the spring.

“I was kind of pleased with the way we played and looks like the kids have been practicing well for Orlando this upcoming week,” Penguins coach Tony Joy said. “What’s important about the tournament in Orlando, it’s at Mission Inn, where we have our conference championship in April.”

Joy said he believes the upcoming tournament will give the team an important opportunity to practice the course and look at fellow Horizon League teams such as Wright State University and the University of Oakland, two of the stronger teams in the league.

The Penguins were selected fourth overall in the preseason poll. Compared to this time last year, the team made a four-slot jump. However, the players aren’t satisfied.

“It’s a huge jump to get to fourth, and how we finished last year, we felt like that was a pretty reasonable spot, but we want to be number one, obviously,” junior team member Zack Ford said. “Wright State’s a good team, but we’re going to be chasing [it].”

Ford said the team is excited for the opportunity to be the underdogs and views the status as another motivational tool. However, Joy said he believes YSU could be the team to beat down the stretch.

“We could be one of the teams that has a good chance of winning the championship,” Joy said.

One aspect the team is banking on as it moves into the spring season is experience.

Last year, the team lost one player, and many are returning players. Joy said while the jump to the spring can have its difficulties, starting on the golf course that hosts the championship rounds is a tremendous help.

According to Joy, the more times the team can play a course, the better its chance is to improve, so naturally, opening the season at a course many of the players have played on is beneficial.

With a new season beginning almost directly after another season, there is a chance to address some of the mistakes that need to be corrected.

Joy said one of the biggest obstacles the team needs to overcome is a lack of consistency. He gave an example from last season, and said in one of the early tournaments, the players didn’t play that well, but the next day they did.

“The key is to have everybody play well at the same events,” Joy said. “Like any sport, if we can get everybody to play up to their potential at the same time, we’re going to be competitive.”

The team opens the spring season at the George Mason Orlando Invitational on March 9. Following the opening rounds, three tournaments are all that stands between the start of the season and the Horizon League Championship rounds.

“We are playing very solid coming off the fall,” Ford said. “We played very solid even in the winter when a couple of us played in tournaments and we played really well. I feel like we’re going to have a really good chance down there.”