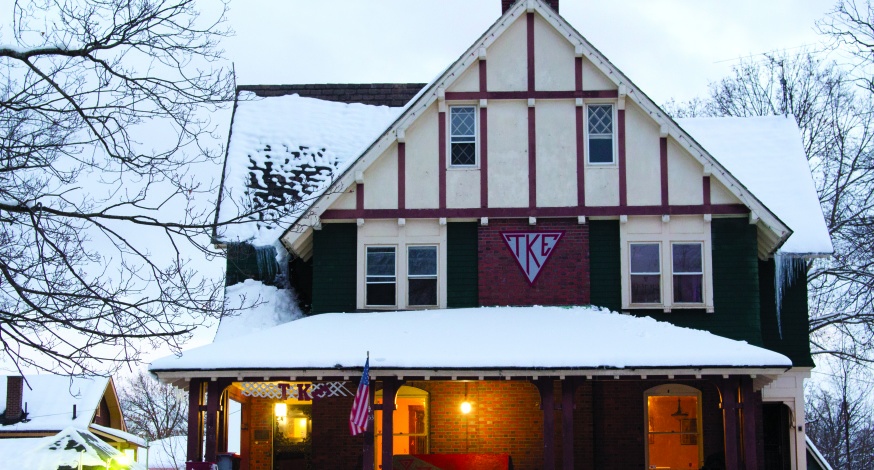 Following a pair of violent confrontations allegedly between Youngstown State University football players and fraternity members, leaders of the fraternities have taken steps to improve their security and reputation.

YSU’s Inter-Fraternity Council is pursuing legislation that would ask YSU Parking Services to discontinue shuttle stops at their fraternity houses.

The IFC explains their decision in the document, stating:

“Though a goal to promote student safety is of paramount importance, the opposite is resulting from these shuttle stops. Individuals wishing to enter … fraternity houses are being turned away, leading to confrontations that place both fraternity members and the individuals in question in danger. Moreover, once individuals are turned away, the Shuttle has usually vacated the area … [leaving them] stranded without transportation or welcoming abode.”

Danny O’Connell, director of parking services, doesn’t see a practical way to honor the request due to the way the night shuttle operates.

“We drop off at requested locations at night primarily as a safety issue … we don’t have a specific route for the late night. We’re just taking people home,” O’Connell said. “We’re kind of … a little bit between a rock and a hard place. I understand not wanting people let off at the [fraternity] house, but to not drop people off where they live puts a whole different factor on it. If someone’s going home alone at 2:30 in the morning, I’d rather drop them off than have them hike.”

Sigma Tau Gamma also sent representatives to attend the February meeting of the Wick Park Neighborhood Association. Though their fraternity house was not involved in any of the Feb. 7 violence, representatives discussed the need for increased security with the WPNA members. STG committed to have members present at all future WPNA meetings and will offer a tour of their fraternity house to WPNA members following the March meeting.

Fraternity members attended WPNA meetings with some regularity in the past, but their presence declined in recent years. Jacob Schriner-Briggs, president of Sigma Tau Gamma, wants his fraternity to increase their visibility and transparency in the neighborhood.

“I think there’s been a drop in communications between the Beta Gamma chapter and the Wick Park association … I think it was just a matter of wanting to put faces to names and be more active participants in the community because we’re a part of it,” Schriner-Briggs said. “When you’re part of a community, there is some responsibility you take on as a member, so it’s just us acknowledging that responsibility.”

The original version of the following story was posted online on Feb. 11.

Witnesses claimed two Youngstown State University football players were involved in a series of assaults that took place at two fraternity houses in the early morning of Feb. 7 according to police reports.

Two members of YSU Greek life were injured in the assaults.

A YSU alumnus and member of TKE told police he was punched in the face by a YSU football player, resulting in a broken nose in two places. Note: Updated 02/17/16

The student was driven to the hospital by friends and received five stitches over his eye.

According to the police report, the injured student claims a number of uninvited individuals showed up at the APD house and — after being ejected from the party — attempted to force their way back into the party. One of the intruders was identified in the report as a YSU football player.

While barricading the door, the student was allegedly struck in the face by the YSU football player. Shortly thereafter, the student reported hearing a firearm discharge several shots into the air from the street.

According to the report, the injured student was intoxicated at the time of the events.

A separate police report of the incident confirms that responding officers heard gunshots as they approached the APD house. Note: Updated 02/17/16

According to Ron Cole, the university’s public information officer, university officials have met with leaders of the Greek organizations to discuss the incidents.

Greek adviser Carrie Anderson asked Jambar reporters to leave an Interfraternity Council meeting on Tuesday and did not respond to questioning when contacted by telephone Thursday afternoon.