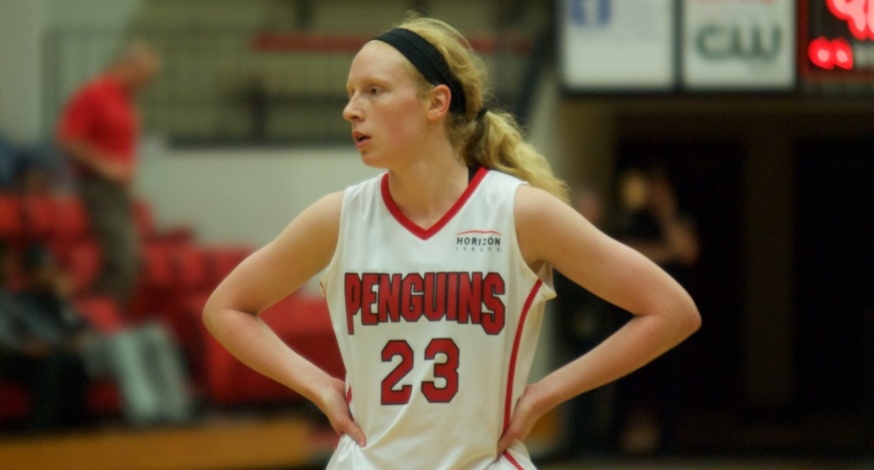 For the second time in three games, the Youngstown State University women’s basketball team tried to come back from second half deficits, only to come up short in the forth quarter.

YSU (14-6, 5-4 in the Horizon League) squared off against Northern Kentucky University, with the Penguins coming off an impressive win over Wright State University on Thursday, they failed to keep the momentum going into this game and walked away with a tough 88-77 loss.

The Penguins’ offense was unable to keep pace with NKU, allowing the Norse to shoot 60.7 percent from the field in the first half. Despite YSU forward Janae Jackson finishing the half with 10 points. The Norse took a 50-41 lead into the half. Jackson and YSU forward Sarah Cash both lead the Penguins in scoring with 18.

“I tried to attack and get to the basket, and get whatever I could create,” Jackson said. “We do what we can as a team they came up with a win, but we have to take care of business on the defensive end”

NKU (12-8, 4-5 in the Horizon League) continued to lead through the second half and kept the pressure up on the Penguins, finishing the game with a field goal percentage of 58 percent and 3-point percentage of 50 percent.

“I thought they played really well, I thought they came out and shot the ball extremely well. They are number one in the conference at shooting,” YSU head coach John Barnes said. “We played pretty well offensively we just couldn’t stop them.”

The Penguins went scoreless in the fourth period from the 7:10 mark until the 3:46 mark, going 0-4 from the field and allowing the Norse to extend the lead and to put the game out of reach.

“We were fighting as hard as we could from the beginning I just think they played very well, they shot the ball lights out and it’s hard to guard a team when they’re shooting that well.” Barnes said.