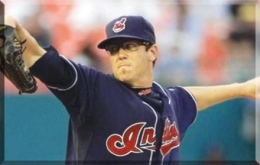 Youngstown State University baseball will have some professional help this season, as Jason Stanford, former left-handed pitcher for the Cleveland Indians, will join the team as pitching coach for the 2012-2013 season.

“I knew he was in the area and knew he had an interest in coaching baseball at the collegiate level,” said Steve Gillispie, who is entering his first year as YSU’s head baseball coach. “We talked over the phone and met face to face a few times, and I thought he would be a good hire.”

Gillispie said he hopes that Stanford’s work ethic and mentality learned from his time in Major League Baseball will rub off on the team.

“He had to work hard every time out. He wasn’t just blessed with overpowering velocity,” Gillispie said. “His success came from knowing how to pitch.”

In 1996 and 1997, Stanford spent the first two years of his collegiate career at Barton County Community College in Great Bend, Kan., where he was an Academic All-American. The following two years, he attended the University of North Carolina in Charlotte, N.C., where he was named an All-Conference USA selection both seasons.

Stanford worked his way through the minor league, advancing to his major league debut with the Cleveland Indians on July 6, 2003, against the Minnesota Twins.

After his stints with the Indians, Stanford also had brief trials with the Chicago Cubs and the Washington Nationals before becoming the head baseball coach of Howland High School from 2010 to 2012.

Although Stanford’s two years at Howland were the only coaching experiences he’s had thus far, he isn’t nervous about moving up to the collegiate level.

“I hope that it will be a smooth transition, but I’m sure it will have its challenges,” Stanford said.

Coaching at the collegiate level was something that Stanford had wanted to pursue for some time. When the job opened up at YSU, Stanford said it was “a perfect match.”

“It’s the only collegiate job that I was interested in because of it being so close to home,” he said.

Gillispie said he hopes that Stanford’s connection with the northeast Ohio high school baseball scene can be of use in the recruiting process.

“He allows us on the front end to know the area very well,” Gillispie said. “He knows a lot of local high school coaches along with being familiar with the Cleveland and Pittsburgh areas.”

As for the current Penguin pitching staff, Stanford said he will hold his pitchers accountable for their actions, but also wants them to enjoy the game.

Stanford also has expectations for himself.

“I want to go out there every day and work hard as a pitching coach to make sure these kids can excel,” he said.

But Stanford said he believes he can help his players in ways beyond pitching.

“Through every level I’ve competed in, I bring the credibility of knowing how to pitch while also knowing how to overcome struggle and not let things get to me,” Stanford said.

In the meantime, Stanford said he’s thankful for the opportunity and eager to begin. “[I’m excited] to help Coach Gillispie turn the program around and make it successful as fast as we can,” he said.