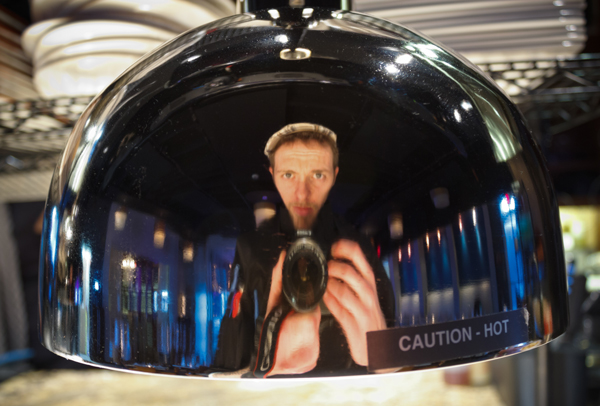 Bradley Miller, a Youngstown State University alumnus, has been named head chef at a new bar and restaurant opening downtown. Suzie’s Dogs and Drafts will be opening downtown in the former Old Precinct location on Phelps Street. Miller has combined his photography degree and love of culinary arts to bring him to
this accomplishment.
Miller fell in love with cooking through his food photography career, and started anywhere he could to get experience. He worked at McDonald’s, the Culinary Arts Center, Michael Alberini’s, Whole Foods Market and The Sprouted Table.
“Most recently I have been working at the Culinary Arts Center. I partnered up with local chefs Rasul Welch and Adam Lee of The Sprouted Table, and we have been hosting pop-up dinners monthly in the area known as ‘The Youngstown Supper Club,’” Miller said.
Suzie’s Dogs and Drafts will be opened around Thanksgiving weekend. Christian Rinehart, the owner of O’Donalds Pub and Grill in Austintown and downtown, purchased the building and is in the process of remodeling. Rinehart and Miller met through mutual connections prior to Miller obtaining the position.
“Christian approached me in regards to a hot dog shop concept, Suzie’s Dogs and Drafts — more affectionately known as Suzie’s Double D’s,” Miller said.
The restaurant will have a tattoo pin-up vibe, decorated with repurposed barn-wood tables, an old stale roof top bar, local art on the walls and a juke box featuring local bands. The outdoor façade will have garage doors to open up during the warmer seasons. Live music will be on the schedule every Friday and Saturday night, and food will be served until four in the morning.
“Our vision is that it will be a cool throwback for the older generation with the milkshakes and bomber art, which bridges to the younger folks with an edgy feel and remaining family friendly. We will have family friendly prices that will feed a family of four for what you would pay at a fast food chain,” Miller said.
Some of the featured items are planned to be seasonal ketchups, five different types of mustard, nut butters and a variety of pickles. The restaurant is working hard to have all food sourced locally. One of the featured hotdogs will be “The 1800.”
“A 1/4-pound hotdog on a New England style bun with kimchi, and a cilantro aioli, Berkshire bacon bits, Parmesan cheese and deep fried parsley for $4,” Miller said.
Rinehart and Miller believe that downtown Youngstown is ready for this food movement. Bigger cities such as Cleveland and Pittsburgh both have restaurants similar to what Suzie’s Dogs and Drafts will be all about, and it’s Youngstown’s turn to feature this concept into the area.
“Downtown is going to react with interest and hope, as they see that staples in bigger cities are making their way into Youngstown,” Miller said.
Miller contributes much of his success to the Youngstown State University Art Department, with some of his inspiring professors being Dana Sperry, Chris Leeper, Stephen Chalmers and Claudia Berlinski. Miller said these professors handed him the tools to think outside the box. His photography background helped him not only get his culinary connections, but to help him be creative in every aspect of his life.
“As an artist, I am always trying to combine the things I love so it just made sense to start taking photos of the things I was cooking,” Miller said.
His food photography is currently being used at local restaurants such as Whitefire Grill and Spirits, Culinary Arts Restaurant, O’Donalds Irish Pub, The Sprouted Table and soon Suzie’s Dogs and Draft.
“I never expected to come back to Youngstown from Cleveland and make something of myself. I have worked so hard in preparation for this, not only recently, but my whole life,” Miller said.
Suzie’s Dogs and Draft will open the restaurant the weekend of Thanksgiving, and will open the brewery side in the beginning of 2014. Miller is anticipating a huge following of the restaurant and is thrilled to start this new chapter of his life.
“My advice to any young person: always keep your eyes and ears open, put that extra time into researching something, learn every chance you get and never give up. Keep doing what you believe in,” Miller said.