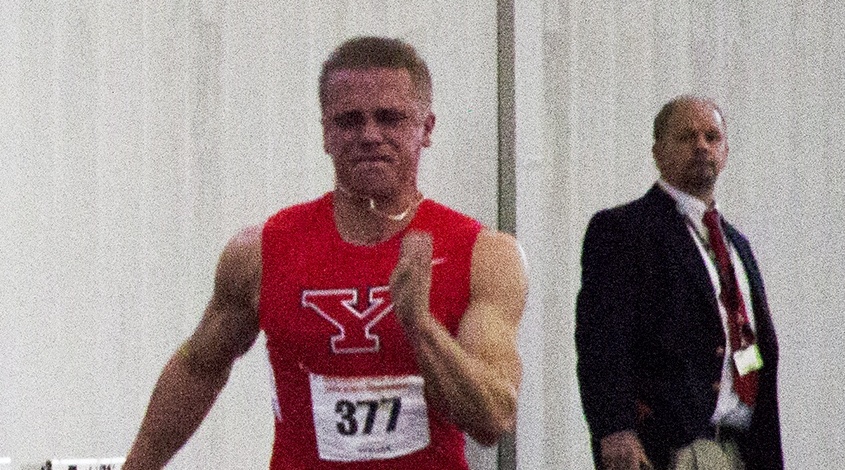 The Youngstown State University men’s track and field team has qualified five athletes to compete in the NCAA East Preliminaries in Jacksonville, Florida later this week.

Conner Neu is the top athlete to advance to the preliminaries for the Penguins and ranks sixth in the country in the hammer throw. He was recently named Horizon League Track and Field Outdoor Athlete of the year.

During the indoor season, Neu became the third First-Team All-American selection in school history finishing eighth in the weight throw at the NCAA Indoor Track and Field Championships earlier this year.

Neu has already clinched a spot in the Olympic trials, and coach Gorby thinks he has a legitimate chance at making it.

“From the Olympic trials standpoint, he’s got a pretty good opportunity,” Gorby said. “That top four to six have a shot to make the Olympic team, and to say that somebody has a true shot at making the Olympic team is an incredible story. We’re just so proud to have him as part of the program.”

“I think I definitely want to make it out to nationals. That’s a big goal of mine,” Zallow said.

Zallow currently ranks 22nd in 110-meter hurdles, but would likely be much higher had he not suffered a leg injury earlier this season.

“He pulled a hammy [hamstring], and we thought he was out for the season. We didn’t think we’d see him for [the Horizon League Championships] for sure and were kind of back and fourth on regionals,” Gorby said.

“It’s mind boggling to me, because when it first happened at indoor, my mind was just blown. My first thought was ‘what’s the next step? Lets keep training and see how much higher I can go,’” Morales said. “I have to go out there and prove to the rest of the country that I can be that top contender,”

Also qualifying for the Penguins was Ryan Booth who qualified 33rd in the shot put, and Leighton Antonio qualified 42nd in the 100-meter dash.

The NCAA Preliminaries take place May 26-28. If any Penguins make it past the preliminaries, they will compete in the National Championships from June 8-11.

One thought on “Five Penguins Qualify for NCAA Prelims”