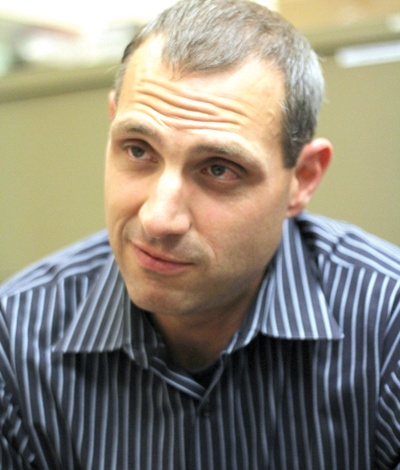 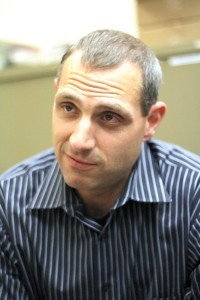 On an average day, what’s it like in the shoes, or even your shoes, of a YSU SID?

I don’t think it makes any difference if you’re a YSU, Nebraska, Michigan State or wherever, you kind of can never anticipate what’s going to happen. You can try to plan ahead and get ahead and have a plan for that day, but by 9:30 [a.m.] it can all be out the door. I think that’s kind of the tricky thing. It used to be the joke that I always had is you have to take work home to get it done because you can’t get work done at work.

What’s it like for you during a football game throughout the whole day?

You know, football games are fun. They’re stressful up until kickoff. I made the joke the other day at the press conference that I was probably the most nervous guy until the game started, because it’s kind of out of your hand. The staff and I normally get here anywhere between four to six hours before kickoff. The nice thing about that is you can kind of catch your breath, but if something’s not working right, you’ve got some time to figure out what the issue is and how to resolve that. There’s a lot of moving parts before a game. It’s a big group effort, and I think that’s one of the things people need to realize. When it works well, it’s a lot of fun. Sometimes there will be bumps in the road, but you just got to react to the bumps, get over them and move on.

Say if I were to call you on a regular day around 1:00 p.m. and said I needed to come to practice and talk to a couple of players and coach Wolford. What’s the process like after you hang up with me?

I’ll probably put it in my phone, that way I’ll remember. Then, if I can catch [Wolford] before practice, I’ll give him the heads up. I think Wolf’s at the point where he kind of expects to talk to somebody after practice. You pretty much know what you’re going to get out of him by now. Player wise, if they’re older, you don’t really worry about it too much. If they haven’t done a lot of interviews, you wonder how they’re going to do. Then you hope they have a good day of practice, because if they don’t, they probably won’t be in the best of moods. It’s kind of just sit back, wait for practice to be over and hopefully remember that you guys are coming.

How do you balance work life with your home life?

You know, it’s tricky. August is not fun. April is another rough one because we have so many sports going on during that time, so you got to take advantage of the summer time and around the holidays. Last night, I went home and fertilized in the dark. But we’ve done a good job, and we don’t have any kids, so I think that kind of helps a little bit. You kind of just take it when you can and enjoy the weekends when neither of us has to work.

What got you to be a sports information director, and why Youngstown State?

I think I got into it, because I was interested in journalism. After kind of going that way, I didn’t want to … I don’t know. For whatever reason, I just went into sports information over journalism. An internship in Nebraska opened up. I figured I’d try it out. I knew a couple of people that worked there, and they were great people. I learned a lot from them, and I then I got a job in Chattanooga. I felt kind of bad because I was only there for about 11 months. It was kind of more of a personal opportunity to come up here. I came in here, interviewed and coach [Jim] Tressel was terrific. The people here were unbelievable at the time and made me feel welcomed. That was August of 2000, and I’ve been here ever since. I got a great group of guys that I work with. I got great bosses in Rick Love and Ron Strollo. It’s a neat place to be. You just got to roll up your sleeves sometimes and get to work when you don’t want to get to work to get stuff done, and that’s just a part of doing what we do here.