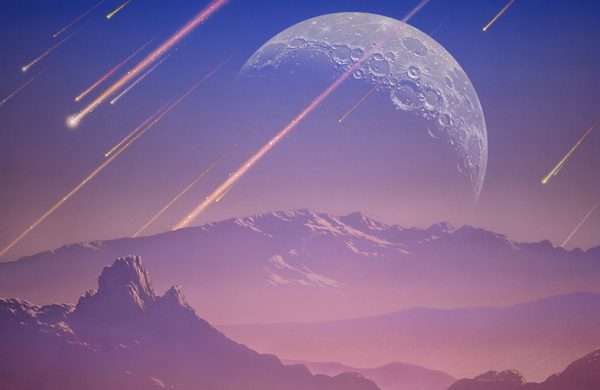 On November 22, 23, and 30, Youngstown State University presented the program “Firefall” in the Ward Beecher Planetarium, a show that included contributions from two YSU alumni.
Artists Joe Tucciarone — who was primarily responsible for the show’s visuals — and Troy McClellan — who composed music for the show — both attended YSU.
Tucciarone, grew up in Hubbard Ohio, graduated from Ursuline High School, and took classes at the Butler Institute of American Art as a child. As an adult, he attended YSU and graduated Summa Cum Laude in 1976 with a bachelor’s degree in physics and a minor in astronomy.
Tucciarone works as the planetarium producer at Eastern Florida State College, and has worked on shows similar to “Firefall” in the past.
“[“Firefall”] is basically about comets and asteroids, which are my favorite topics when it comes to animation and used to be my favorite topics when I was painting,” Tucciarone said.
Curt Spivey, YSU’s planetarium engineer, said that Tucciarone is an established and respected artist in the field of space visualization.
“Joe Tucciarone is one of the foremost space artists in the nation for planetariums, and even NASA uses some of the stuff that he does,” Spivey said.
In recognition of Tucciarone’s success, the Board of Trustees at YSU awarded him an honorary doctorate in science in 2000.
Overall, Tucciarone was pleased with the way “Firefall” turned out.
“I’m very satisfied with [“Firefall”]. We have produced a handful of shows at [EFSC], and I’ve been producing clips for other shows for about the last five or six years, and for me this has been the best show I’ve ever worked on,” Tucciarone said.
McClellan was also quite pleased with the show, and said it was an honor to score the music for it.
“There is a lot of good science content in [“Firefall”] about comets and asteroids and solar system formation as well as the real threat we face that there are objects out there headed toward us,” McClellan said.
McClellan, who grew up in Cortland Ohio and attended YSU’s Dana School of Music, serves as the owner, artist, composer and producer of Full Dome FX, his own audio and visual production company.
Spivey said YSU was lucky to be able to show a program like “Firefall” as planetarium shows can be quite expensive and can cost between $2,000 and $15,000. Spivey also commented on YSU’s high caliber planetarium.
“This is a terrific planetarium for a campus this size. It is one of the top planetariums in the state, and it is a fantastic resource for YSU,” Spivey said.
YSU’s planetarium is free and open to the public with shows airing on most Friday and Saturday nights.