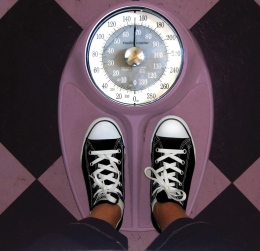 First-year college students have long been concerned about putting on the Freshman 15.

However, Chrystyna Zellers, nutritionist/dietitian at Youngstown State University, said recent studies reveal that the average weight gain during a student’s freshman year is not as drastic.

Zellers said the biggest cause of student weight gain is heavy drinking. The carbohydrates in beer and some liquors act as sugar, and alcohol also contains calories. Consumption of alcohol results in an increased appetite as well.

“Heavy drinking means six and more drinks four times a month,” she said. “It is the biggest contributing factor to the weight gain.”

Zellers also mentioned that the lack of both physical activity and a healthful diet are another cause of weight gain.

Jason Hardy, a mechanical engineering major at YSU, said he’s found it difficult to maintain a healthful lifestyle since going back to school last year. He’s a full-time student with a part-time job.

Hardy said he never eats on campus, but that he does dine out a lot. He acknowledged that it’s not the best habit, but said his busy schedule doesn’t often allow him the time to cook at home.

However, although Hardy struggles to find time to eat healthfully, he tries his best to exercise.

“I try to work out every day to keep fit and healthy,” he said.

Ultimately, it’s up to the individual to learn about healthful choices, Zellers said.

She added that students who are not familiar with making these choices can seek advice through free nutrition counseling on campus.

“I think the food on campus mostly reflects what most of the Americans want outside of campus,” Zellers said. “We have to know that it is a business. If they only sell salads and nobody buys them, they have to eventually bring back the food people want.”