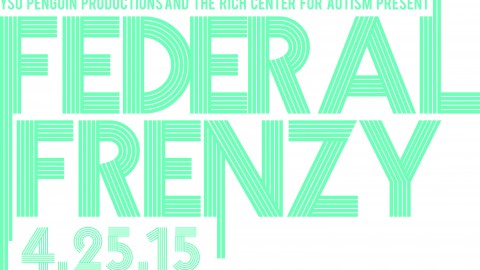 Federal Frenzy, taking place this Saturday, April 25, will be moving Youngstown State University’s spring concert from the familiar venues of auditoriums and grassy quads to the towering stone and steel of Federal Street in downtown Youngstown.

The event is a collaborative effort between YSU’s Penguin Productions, the city of Youngstown and the Rich Center for Autism.

Michael McGiffin, coordinator of downtown events and special projects for the city of Youngstown, said he is excited about the event.

“It’s going to feel like Youngstown’s version of South by Southwest,” McGiffin said.

There will be two stages in Martini Brothers Burger Bar — one in Suzie’s Dogs and Drafts and one in O’Donold’s. Bands will be playing inside from 2 p.m. to 6 p.m. while local artists, craftsmen and vendors man booths along Federal and Phelps streets. An outdoor stage will go live at 6 p.m., culminating in a performance from Athens, Ohio’s Red Wanting Blue.

“We’re essentially just marrying those two events to sort of kick off the summer event season with one big event,” McGiffin said.

He said the decision to combine the events arose from the idea that there are only so many people in town, and they’re not all going to attend every event.

“If you start honing in and focusing on not putting something in every weekend, but putting a few really good quality well-produced, well-funded and well-run events, then you’re elevating the standard while still making sure that you’re not tiring out your crowd by having something every weekend,” McGiffin said. “And you’re making sure that you’re not stealing from other crowds, or having your crowd stolen by another event.”

Bergen Giordani, events coordinator at the Rich Center, said that since the Rich Center is part of the campus community, combining the events makes sense.

“Festival on Phelps was a great first-time event last year, but it needed to grow, and it didn’t have the financial backing to make it grow, so that’s what Penguin Productions was able to provide — the entertainment portion,” Bergen said. “Festival on Phelps had a strong vendor portion, but the entertainment was weak. Partnering with Penguin Productions allowed us to both do what we did best and make it into one great event.”

Carolyn Jesko, the event leader for Penguin Productions, said she began moving university events downtown while she was working in the student activities office.

“For our events for the Student Activities Presents series, we started building a relationship with downtown venues,” Jesko said. “It just amplifies the event because it will be like four times the size, and it’s literally down the hill, so campus is just right there.”

McGiffin said he is trying to get YSU students more involved with the downtown area.

“It’s an easy opportunity because of the relationship I have with everybody up on campus,” McGiffin said.

He said Federal Frenzy in particular is a good vehicle for implementing this strategy.

“It’s a really good opportunity to really showcase that Youngstown is a college town,” McGiffin said. “Moving the annual spring concert downtown, I think that’s at least a step in that direction.”

Jesko said bringing the two events together allows the organizations to combine resources as well.

“Penguin Productions is given a budget at the beginning of the year, and we spent money on two events in the fall, Life in Color and Fall Fire Fest, and then whatever was leftover for that we’re using for this event,” Jesko said. “Then the Rich Center for Autism is spending some money as well and doing some planning of it, and the city of Youngstown is spending money as well and helping us plan it. So the three of us are the ones funding it and putting it on, combining resources.”

McGiffin has high expectations for the event.