Faculty members at Youngstown State University took a vote Tuesday, authorizing the OEA-YSU union to issue a strike if negotiations are not met for the upcoming contract.

Contract negotiations between the faculty and the YSU administration have faced issues for some time, with faculty expressing frustration with changes being issued in the new contract. 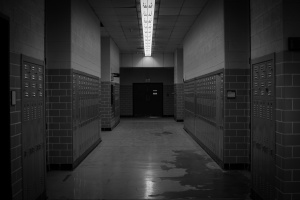 Faculty have been offered a one percent increase to salary income per semester, with the elimination of overload compensation. In addition, workload would increase and healthcare for all faculty would be a flat 15 percent payment, which benefits higher paid faculty but hurts lower paid faculty.

The negotiations are currently in fact-finding, which required faculty and administration to present their sides and where they think resources should be distributed. The fact-finder’s report will not be decided until early September. If both sides agree with the fact-finder report, this will become the faculty’s contract.

Albert Sumell, president of OEA-YSU, said the students should not yet be worried about the possibility of a strike.

“We hope to be able to avoid a strike,” Sumell said. “I don’t want students to get concerned at this point that a strike is looming or to consider, ‘What do I do if the faculty members go on strike?”’

There would be a 10-day strike notice given by the union if one is issued, which Sumell said is a legal requirement.

“It would not be a surprise,” Sumell said. “It would be known by everyone that a strike is pending and possible. If we are able to arrive at an agreement within those ten days, then great. We don’t go on strike and it’s settled. If we’re not, then whatever is ten days after that is issued we would go on strike.”

One of the leading issues that faculty want addressed is workload. The current workload is 12 credit hours per semester. The proposed workload by the administration states that 12 hours would only be 80 percent of a full workload.

Chryshanna Jackson-Leftwich, spokesperson for the OEA-YSU, said YSU faculty already have one of the highest course loads in the state of Ohio.

“One of the things we are fighting is to not allow them to change the language in the contract that would make it so they could have us teach more courses,” Jackson-Leftwich said.

If professors have too many courses, Leftwich said this could limit the quality of teaching.

“Do you want quantity or do you want quality?” Leftwich said. “It takes away from student success because you’re giving faculty a lot more responsibilities, more classes … You’re not equally compensating them for the work they are doing.” 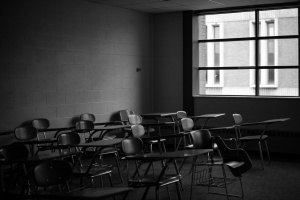 Faculty have already been filling in for absent administrative assistant in certain departments on campus, forcing faculty to balance these responsibilities on top of teaching.

The last official strike took place in 2005, which occurred before the start of the fall semester. If a strike occurs this time, OEA-YSU spokesperson Linda Strom said a strike during the semester hasn’t happened in the 25 years that she has been teaching.

“I would hope that if strike becomes an option, that we can settle things quickly and get back to normal,” Strom said. “We want to be in the classroom. That’s where I want to be.”

Nearly 200 faculty members stood in favor of the authorization vote. Strom said this goes to show that the faculty are united on the issue.

“I know how good [the faculty] are and how dedicated they are to their students, their research and I think that a lot of faculty feel like if this contract went through, it would compromise what they are doing, their time and their ability to do all the wonderful things they do.”