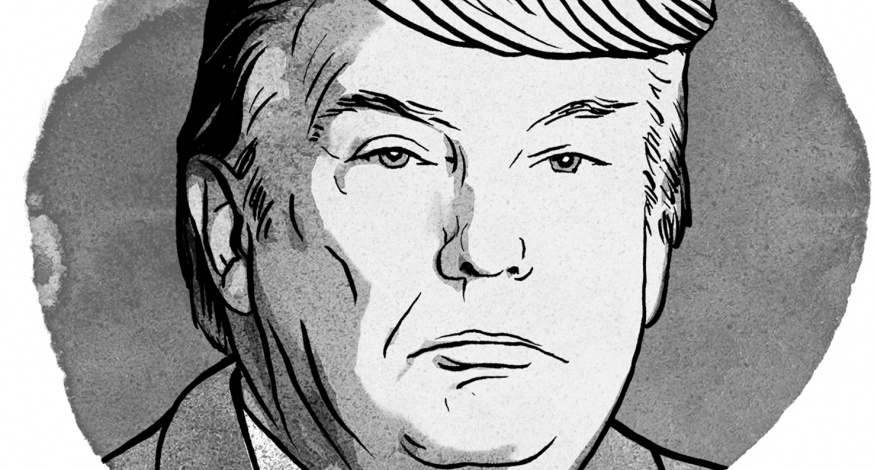 Last week, Emory University students found chalk drawings supporting Donald Trump on their campus. It began an uproar among a portion of the student body, and they responded by protesting. The protest began in the school’s quad and ended with a confrontation with the university’s president in his office.

Shortly after that incident, a Mexican-American student at Scripps College in Claremont, California found “#trump2016” scrawled on her whiteboard overnight. The university’s student government president sent out an email intending to calm everyone and condemn the action as racist and threatening. Though no protests followed, students were upset enough about the issue to garner media attention.

In the usual cacophony of media analysis that follows these kinds of situations — this editorial now adding to that noise — the students received every kind of feedback. Some praised their commitment to providing safe, inclusive campuses while (many) others derided the students, accusing them of being overly sensitive and unwilling to face the harsh realities of a world that will challenge one’s sensibilities with unrelenting regularity.

In the last year, Youngstown State University has had its tiny share of the national spotlight and the inevitable Internet feedback to follow. Recall the “Straight Pride Week” flyers incident and the ISIS rock painting circus.

Both instances created an instant reaction on campus. Students were mad, The Jambar wrote editorials and local media showed up to cover the incidents. Later, pieces showed up in national outlets like the Huffington Post and the Washington Post.

Where YSU and other colleges in controversial situations seem to differ is in the follow up. Emory students had protests. Scripps’ student body president notified the police. YSU students ripped down the flyers, painted over the rock, and that was essentially the end of it.

The only real “protest” the campus has seen in recent years, not tied to a union, was launched recently by the students fighting against the changes at Meshel Hall. Even that protest was a silent — though effective — display of their numbers. It was far from the high minded incursions into administration offices seen on other campuses. The only other semblance of protest was held after the anti-gay group visited campus last semester, and it had a pro-love rather than anti-religion tone.

So why does it seem like YSU students simply aren’t interested in protesting when it seems to be all the rage in today’s university zeitgeist?

Before readers invest any more time in this editorial, here’s a disclaimer; there is no definitive answer to this question. But there are some guesses that might offer some explanation.

First, YSU is a commuter campus. As with any organized student event, it’s tough to get a large showing when so few students actually live on campus. As the number of on or near campus residents grow, perhaps activism on campus will increase.

Many YSU students have to work at least one job to make ends meet, and plenty work more than one. YSU also has a significant number of non-traditional students who work and have families as well. When a student has 16 credit hours of classes dumping group projects on them, and their post class schedule consists of the 5-to-close shift at the restaurant followed by studying until their eyes dry out, it’s likely that storming the president’s office isn’t high on their priority list.

Finally — and this might be a bit masturbatory, but YSU students deserve a pat on the back every once in awhile — YSU students may just be too desensitized to get riled up by much. Youngstown — fair or not — regularly shows up on lists of “most miserable places to live,” and it was only a decade ago that Youngstown came in fourth place for national murder rates by city. Humorous maps of Ohio have labeled Youngstown as “The Sopranos meets the Wire.”

Even though most of the infamy is relatively hollow — and in recent years undeserved — when someone grows up constantly being told they’re from a murderous cesspool that imports bad heroin and exports despair, there’s going to be a general attitude of apathy that develops in the populace.

Whether there is a way to combat this inaction — whether it should be combatted at all — will likely depend on one’s overall feelings about college activism. It wouldn’t hurt YSU students to get a little more upset, more often — so long as the issues are important — and probably wouldn’t hurt other campuses to take a page out of YSU’s playbook and chill out a bit.