It’s not often that the city of Youngstown gets to play host to an elite basketball program.

Youngstown State University welcomed West Virginia University and Butler University in the past. Saturday, for the second time in program history, the Penguins were able to host West Virginia, this time at the Covelli Centre.

In front of a crowd of over 3,000, the Penguins played tough against the 25th-ranked Mountaineers, but couldn’t get the win in the end, falling 75-64.

One may consider that a “moral victory,” but YSU had no such plans going into the game. They were stepping out on the court not just to battle, but to win.

“We felt like we could win the game going in,” Penguins coach Jerrod Calhoun said. “We thought all the stars aligned. A hometown game. One o’clock start. atthey play Ohio State next, so we were here to win the game. We weren’t into moral victories by any means.”

YSU winning the game certainly wasn’t out of the question. From the opening tipoff it was a nonstop competition, with both teams trading buckets back-and-forth. In the first half the Penguins had the edge, going into the half with a 38-35 lead.

“We put a really good game plan together,” Calhoun said. “We knew we wanted to put them in a lot of pick and rolls. You don’t go inside on [6-foot-8-inch, 6-foot-9-inch] guys without moving bodies. I thought [Darius Quisenberry] did a tremendous job tonight. Devin Morgan, Christian Bentley, our guards did a really nice job of making plays for others and that’s what it’s about.”

Quisenberry put up a game-high 22 points and continued to showcase why he’s one of the premier talents in the Horizon League and mid-major college basketball.

As the second half rolled around, the Mountaineers made adjustments on the defensive side, which sped up the YSU offense.

“We had to slow down and get better quality shots,” Quisenberry said. “I think we rushed it a little bit in the second half with the pressure, and I think we needed to slow down, but I think we still got good looks. Some of them just went in and out.”

That led to a run for West Virginia that led them to score 40 points in the second half and hold the Penguins to 26.

Despite the huge size advantage in favor of the Mountaineers, YSU able to outrebound West Virginia 39 to 38. Naz Bohannon brought down 13.

The Penguins have now played two “Power Five” schools this season after taking on the University of Louisville. A mid-major school taking on a top-level program is a tough challenge, but for Quisenberry, that’s part of the fun.

“I love being the underdog going into games, that’s always fun because you really don’t have anything to lose,” he said. “They have everything to lose. But in those moments, you can’t just make it bigger than what it has to be. It’s just like a regular game, you’ve got to treat it as a regular game.”

For two West Virginia players, it was a little more than a regular game.

Oscar Tshiebwe came to America from the Democratic Republic of the Congo and attended Kennedy Catholic High School in Hermitage.

The experience of returning was overwhelming and despite being told to keep his emotions in check, Culver’s excitement got the best of him.

“I did real bad,” he said when asked about staying calm. “When I was in the hotel this morning, all I could think about was the game, the game, the game. I’m actually home, I can play in front of everybody I’ve known my whole life. I looked at my hands and my hands were leaving sweat marks on the bed.”

When the game started however, he began to calm down.

“When I came out here, I really tried to do the best that I could to help my team come out with a victory,” Culver said.

The Penguins open Horizon League play Dec. 28 on the road against Indiana University-Purdue University Indianapolis. With league play on the way and two strong showings against top-25 opponents, YSU has proven they can be a contender in the conference.

The Penguins aren’t satisfied with just being a contender though, like going into the game against West Virginia, they want and plan to win. 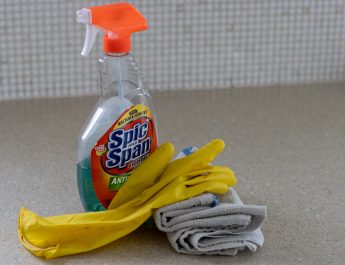 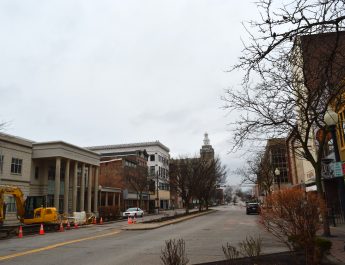