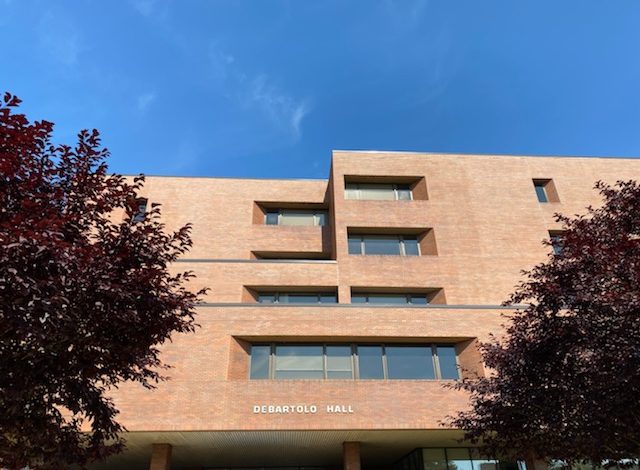 Youngstown State University’s Board of Trustees decided on June 3 to merge the Beeghly College of Education and the College of Liberal Arts and Social Sciences.

The combination of the colleges — now BCLASSE —  is estimated to save the university $1 million and cuts multiple administrative positions. Yet, this decision was criticized as hasty in a release from YSU’s faculty union, a chapter of the Ohio Education Association.

Provost Brien Smith noted that the restructuring plan was designed quickly to help save on costs.

“[It] certainly wasn’t the amount of time that I would have hoped to have vetted this across many different groups. You know, normally you would like to see around 18 months to really get this kind of proposal,” he said.

“You know, we feel bad that we had to make these kinds of decisions in these tough times,” he said. “But I don’t see this as something that we’re trying to tell people that we don’t want to listen to their input. We are interested in their continued comment and input.”

Mark Vopat, professor of philosophy in the new college and YSU-OEA’s spokesperson, said subsequent input from faculty has been minimal.

“It’s one of those situations where it’s nice that you’re asking after the fact, but at this point it’s a done deal. Faculty are just attempting to adapt to the changes. I’m not sure what to state other than that we felt this was a hasty move on the part of the university,” he said.

According to Vopat, the faculty would have appreciated being a part of the conversation early on.

“At least it could have been done methodically and with the interest of the faculty and students taken into account,” he said.

Yet Smith doesn’t anticipate the consolidation to impact students directly.

“The intent is not to take these program majors that are now under a new department title, and somehow mash them together with other majors or put new constraints on them,” he said. “The idea is that the majors, qualifications and their quality constraints will remain exactly the same.”

Vopat said that the loss of administrative assistants in particular will put strain on professors. The combined college went from 15 to eight assistants after cuts.

This one administrative assistant, according to Vopat, will now have an increased amount of work for over 20 faculty members just in this newly combined department. Without help from multiple assistants, faculty members now have to take on more tasks. One such task involves rewriting documents that outline how departments are governed that became inaccurate after consolidation. That leaves professors less time to give students attention.

“When professors are doing research, writing papers or going to conferences, these activities have a direct impact on the classroom,” he said. “That’s the kind of individual attention you can do when you’re not taking care of the things that were formerly covered by our administrative assistants.”

Though student employees will help fill in the gaps left behind by those assistants, they can’t replace years of advising and expertise.

“A department isn’t just faculty, but it is the administrative assistants that work there. We have students that come to the department just to say hi to the assistant,” Vopat said. “This is someone who supported or guided them. Especially when you get a lot of first-generation college students, sometimes they don’t know what to ask. It’s those kinds of informal conversations that you just can’t replicate with a student worker.”

Charles Howell, the new dean of BCLASSE and former dean of BCOE, said his executive secretary Desa Pavlichich has a relationship with students that can’t be matched.

“She knows a lot about study-abroad. So when students would come in to talk to me about study abroad, they talked to Desa first. She had a whole lot of inside knowledge,” he said.

“In an office we don’t have a single student worker who’s there all the time. Maybe a dozen. I couldn’t have a dozen different people making changes in my calendar; that wouldn’t work out,” Howell said.

Though he’s looking forward to collaboration between the departments, Howell said the restructuring was like “drinking water out of a fire hose.”