The Youngstown State University Theme Park Engineering Group, or TPEG, was created in March of 2014 by current president Jacob Janoso. TPEG is made up of students who are passionate about amusement parks, the engineering that makes them possible and the inner workings of the industry. 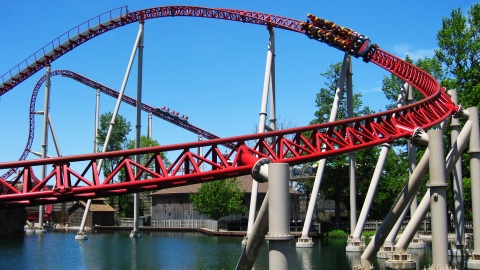 “The hardest part was trying to gauge the interest that other students had in joining a group like this,” Janoso said. “However, there was a lot more interest than I had anticipated, especially among engineering majors. The rest of the process was very easy.”

“For the most part, the meetings are very laid back,” he said. “We usually talk about what events or activities we have planned in the future. Sometimes we look up videos about some of the more interesting engineering aspects of theme parks or the industry itself.”

This past November, TPEG members took a trip to Florida for the International Association of Amusement Parks and Attractions conference. Janoso said this gave the members a great opportunity to network with some of the most prominent companies in the business.

“The conference itself is the year’s largest meeting in the industry. Almost every company that deals with theme parks were down there trying to sell their newest products,” Janoso said. “There were ride manufactures and food vendors, as well as any company that you could see selling something in an amusement park. It was really cool to see all of the newest technology before it arrives.”

Michael Good, a sophomore electrical engineering major, joined TPEG in the fall and also went on the trip to Florida. Good agreed that the trip created a great opportunity to network with others in the industry.

“It was a wonderful experience,” he said. “I was able to connect with multiple workers in the themed entertainment community and see what they do as well as test out new ride technology and other services that may be implemented into parks in the future.”

Good said that his favorite part about being a TPEG member was meeting other students who shared his interests.

“It gives me the ability to connect with other students who are interested like I am in theme parks and attractions, as well as the technology that makes these places run,” he said.

Matthew Norris, TPEG vice president, recommended that students outside of an engineering major look into the group as well.

“Joining the group could open students up to an industry they may not realize they want to be part of because they didn’t realize how broad the scope was,” Norris said. “I would encourage students to look at jobs and internships in this industry as well, as it is a very welcoming one that promotes spreading happiness and fun.”