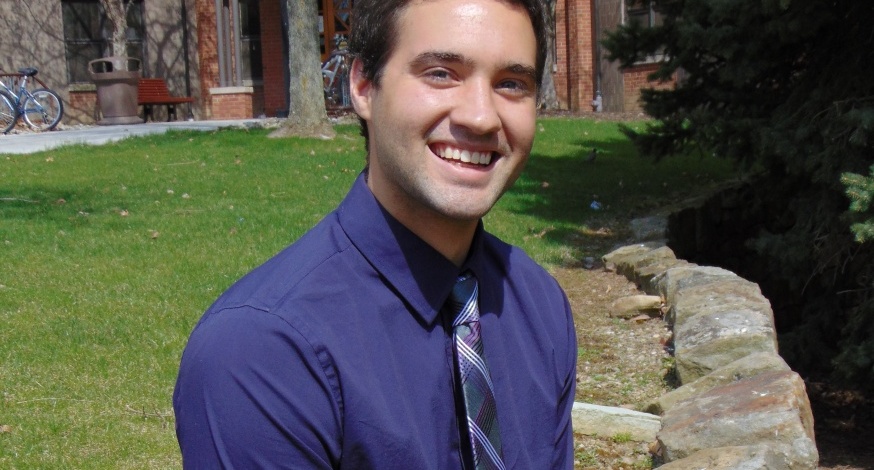 Pabst will conduct his research at YSU with his research adviser Doug Genna, assistant professor of organic chemistry. In September, he will present his findings at the research headquarters of Pfizer, the pharmaceutical company that sponsors the fellowship.

Genna said Pabst’s award allows the department to share the work that they do with a fresh audience.

“Tyler’s fellowship is great for Tyler, great for our lab and great for YSU,” Genna said. “National awards like this one shine a positive light on our program.”

Pabst said Genna has been the most influential person on his development as a chemist. 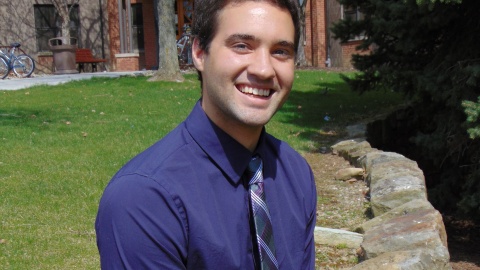 “I’ve learned more and experienced more growth through my research experience than I ever could in a classroom,” Pabst said.
He also acknowledged professors Peter Norris and John Jackson for introducing him to organic chemistry.

Pabst’s research focuses on carbon dioxide. He wants to develop a way to use carbon dioxide to synthesize organic molecules — since it is so abundant and inexpensive.

“It’s imperative that we figure out ways to use it up,” Pabst said. “Since there’s too much of it in the atmosphere, and it has negative environmental effects.”

However, carbon dioxide is stable and getting it to react with other substances is difficult. Pabst is currently trying to develop an organometallic complex with which the carbon dioxide can bond.

“If we can pull this off, that complex will then be applied to a … widely-used hard plastic polymer,” Pabst said. “The result would be a cheaper, more environmentally friendly synthesis of a very useful material.”

Genna said the project has the potential to shift the paradigm if successful.
“If, as a community, we are going to take CO2 remediation seriously, then not only do we need to develop novel uses for CO2, but we also need to develop an entirely different approach,” Genna said.

Genna has worked with Pabst since January 2015. He said he is an exceptional student.

“[He] has successfully married his incredible talents in the classroom with the type of creativity in the lab that you can’t teach,” Genna said.

Genna sent Pabst a link to apply for the fellowship only a couple of weeks before applications were due, so they had to rush to put the paperwork together.

“We really had no idea what our chances were,” Pabst said. “But we went for it, and it paid off.”

Pabst said he wasn’t even sure he wanted to pursue organic chemistry until he arrived at YSU. He said he initially intended to attend NEOMED, but the University Scholars program influenced his decision.

“It would save me a lot of money, and I wasn’t completely sure that I wanted to go into medicine,” Pabst said. “So I applied for the Scholars program, and here I am. So far it’s the best decision I’ve ever made.”

In addition to being an active member of the Honors College and doing research with Genna, Pabst also works as a tutor in the Center for Student Progress and competes in an intramural Ultimate Frisbee league. After graduation Pabst hopes to enter a Ph.D. program and study organic or organometallic chemistry.

Genna said Tyler’s potential for the future is limitless because he is intellectually creative and fearless. He said this fellowship is just the beginning.

“I think in the short term here at YSU he will accomplish some very meaningful research that we will be able to publish,” Genna said. “Once he leaves here, I can’t wait to read and hear about the contributions he will be making to our field.”