A: I work intuitively, so I just follow my passion. Usually, it’s a system that I want to explore, an experience, medium or just something that I am obsessed with and I want to know more about. I like to dive in and explore. A lot of times my work is personal research based. I consider myself an amateur social scientist or anthropologist. I like diving in somewhere and seeing what it’s about and just letting myself experience things, and then I let time pass and pull back. I ask myself, what was this experience actually about? What happened here? When I’m doing the work, I don’t think too much, but then when I am trying to contextualize the work, I like to pull back and ask questions. I tend to look at trends in popular culture and respond to them. I look at what I see other people doing in popular culture and online and figure out what my response is to that. 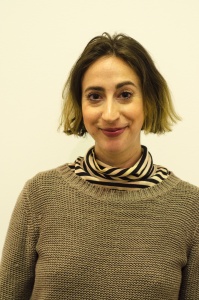 Q2: How do technology, popular culture and gender influence your art?

A: I think for me the three things aren’t separate like popular culture technology and gender. It’s more how does popular culture and technology affect gender. My thoughts focus on how do these categories affect gender. The Internet is a weird mix of both popular culture and technology, and I want to know how has the Internet affected gender and the way we think about ourselves, the way we think about others? I think since I was a small kid I was always really fascinated by gender. I like to think that my fascination with gender kind of chose me. I was always obsessed with things like what is a woman’s supposed to look like and what does a woman do? It’s just like kind of a natural obsession. So it’s just natural that’s what I look at in my art.

Q4: What drove you to start a channel on YouTube?

A: I was young, and I never felt comfortable putting myself out there in person. I was always very shy, reserved, and I felt like YouTube was a way that I could put myself out there and still feel safe and comfortable to me in a way. I was also interested in exploring what YouTube was. In 2008 YouTube was a baby, only two years old, and I wanted to know what this crazy new world was. At that time people were on YouTube for themselves, and they were considered “weirdos” and “freaks.” So I was interested in this crazy new place where people were just putting themselves out there. It was so wild, and I wanted to see what that community was like.

Q5: Was it surprising how you grew on YouTube?

A: I was surprised. I would just be like making videos into a void. There are so many videos on YouTube, so I was surprised when the videos started to get a lot of attention, and I didn’t expect that. The more views I got just made the project more interesting and more fun. It makes you want to create more content, and it became less about me and more about the other people who were responding to me. It was interesting meeting people and listening to their stories. My channel became more of a community rather than me doing my own thing.