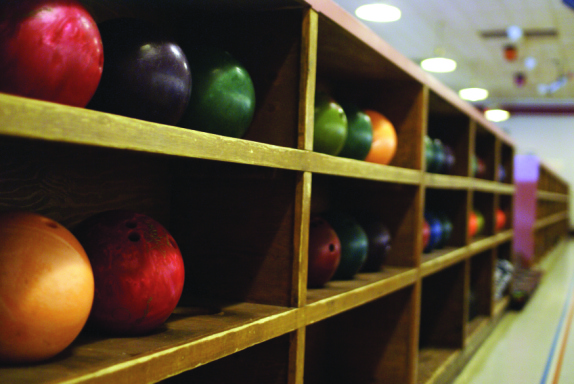 The Youngstown State University women’s bowling team typically ranks between 60th and 75th place in the nation. This jump from the team’s past rankings has brought immense excitement to the bowlers.

“I don’t think anyone expected us to be in the top 20 in the nation like we are,” Trella said. “I think it’s really cool with only having four returning bowlers from last year.”

The bowling club as a whole is a self-funded organization that competes in approximately 12 tournaments per year. As a self-supported sport, the team must fundraise to supply themselves with necessary equipment and transportation to tournaments.

Coach Jim Hall states that the dramatic improvement in the team’s ranking is the result of continuity.

“With a club, it’s very difficult to get returning bowlers,” Hall said. “This year, we have a lot of experience. We have a couple of bowlers that bowled for other schools and came back.”

Six of the eight bowlers on the women’s team grew up in the Youngstown area, so most of the team bowled together before starting at YSU.

Alex Cifra, a junior, is the bowling club’s president.

“They’ve been in the bowling community for a long time, so they know each other,” Cifra said. “They have strong [bowling] backgrounds and strong coaching backgrounds like everyone else in this area.”

The team’s goal for the season is to reach the national championship. Sixty-four teams are invited to one of four sectionals throughout the country that will be held in March. The top four teams from each sectional advance to the national finals. Marissa Simon, the team’s top bowler, says the team needs to work on spares the most to prepare for sectionals.

“To win tournaments, spares are a big thing,” Simon said. “Strikes will come, but whatever we leave we should pick up.”

The team practices twice a week at Camelot Lanes. Aside from practicing strikes and spares, the team competes against each other in Baker matches, which are five-person competitions where each team member bowls two frames of the game, making it a group effort to beat their opponents.

The team said that Coach Hall’s assistance has been a great help as well. Trella said that Hall’s spotting drills have helped her release and accuracy.

“He is the best coach that I have had,” Trella said. “He improved my average by 20 pins in just one year.”

Hall has been a certified coach since the early ‘90s, and he has coached the women’s bowling club for eight years. Hall holds a silver ranking by the United States Bowling Congress and owned a bowling center for ten years. Club president Cifra said that Hall has a vast knowledge of the bowling world.

“When he’s there, you know we are in good shape,” Cifra said. 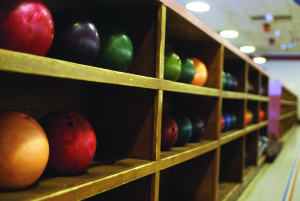 The bowling club holds tryouts for new members every fall semester. Typically no students are cut from the team in order to give everyone an equal opportunity. For those interested in bowling for the first time, Hall said that this is not a problem.

“We just start them, give them the basics: give them a ball that fits and lead them down the path of how to succeed,” Hall said. “In my eight years, we have had a couple bowlers that have come very far doing that.”

Team members said that one of the perks of club sports is the closeness amongst the bowlers.

“We have such a fun environment between us,” Simon said. “There’s never a dull moment on this team.”