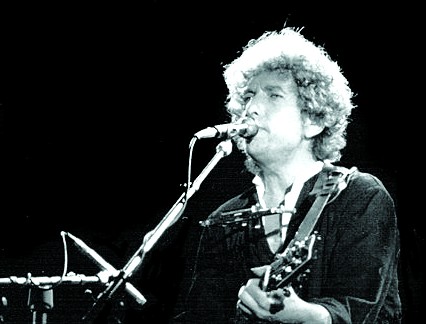 An exhibition of a dozen pastel portraits by world renowned singer/songwriter Bob Dylan will open May 17 at the Butler Institute of American Art in Youngstown. The portraits will remain on view until July 12.
Kathryn Earnhart, director of public relations for the Butler Art Institute, said this display is a rare catch for Butler.

“These portraits have rarely been displayed. The fact that he’s going to share them with a museum is unique. He hasn’t done that,” she said. “They are more drawing-like than actual paintings. We are going to show these pieces in our pastel gallery. The people in the portraits are not famous people; they’re just people that are in his life. They are real people who live somewhere in his world.”

At age 73, Dylan has written over 500 songs, recorded 46 albums and has 110 million record sales to his name. Rocco Criazzo, professor of the popular class Rock and Roll to Rock at Youngstown State University, spoke toward Dylan’s tremendous popularity.

“Bob Dylan is the Tiger Woods of folk music. He is more popular than the genre. People that would never think to turn the TV on to watch golf will put the TV on just to watch Tiger Woods play. Dylan does that to folk music,” he said. “He created a larger audience than the genre did itself. He turned folk fans into rock fans as well. Dylan has the impact of opening up the song writing pallet for rock musicians.”

Criazzo said these portraits will draw a crowd because of the artist’s name.

“Am I going to want to go see Bob Dylan’s art because it is good art or because Bob Dylan did it? Probably because I want to see how well Bob Dylan paints,” Criazzo said. “It’s always interesting when someone who is popular for one thing is good at doing something else as well.”

Earnhart said this display shows Dylan’s creative spirit extends beyond the parameters of a singer and a writer.

“People like Dylan have been blessed with the creative spirit. They’re twice blessed. They’re a singer and a painter. There always are these celebrity type people, famous people, who have something else that they’re less known for. They’re just creative people,” Earnhart said.

The Butler was able get these portraits with the help of another talented singer whose art hangs from the museum’s walls.

“Paintings come to us in different ways. Sometimes the artist approaches us and they’re interested in having a show here, sometimes a gallery that represents an artist will approach us, or sometimes we approach an artist ourself,” Earnhart said. “This particular one came to us through John Mellencamp because he was so impressed with the Butler Art, and Bob Dylan is one of his friends. Mellencamp talked to him about it and told him that this is something he should consider doing. So, Dylan’s manager got in touch with the museum and said that if we are interested in doing the show, they were also interested.”

Earnhart said she hopes this collection will draw a new crowd to visit the Butler to view the new exhibit, as well as take the time to view others that are on display year round.

“We hope a lot of people will come to see this,” she said. “The Butler Art is free. Just walk in the front door. We are open every day except Monday, and we have free parking. It’s a great opportunity for people who have never been here before. Hopefully, they will think this is interesting to them and they’ll want to come back.”