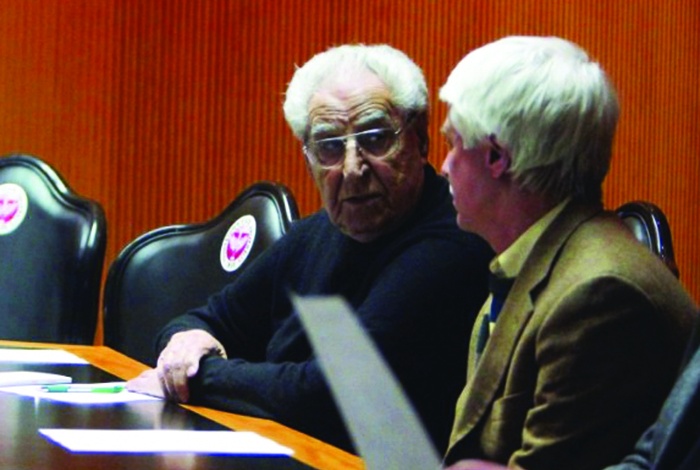 During a meeting held on Tuesday night, Youngstown State University’s Board of Trustees unanimously ratified a tentative agreement on a new three-year faculty contract.

In order to ratify an official contract, though, the union must still agree to the terms of the contract.

“There’s not much more we [the Board] can do with it, and so we were at that point where we thought there was approval or acceptability on virtually every point and that it was time for a vote to be made. We didn’t want to be looked upon as being reluctant to agree to anything the teachers might want, and we went forward with it. We think it’s a good solid representation of what they were expecting and a good representation of what the university could afford,” Meshel said. “I am very hopeful that they will agree.”

“I think the agreement represents the results of long, hard negotiations and successful finding of common ground between both parties. And both parties have signed off on all articles in the contract. So, the Board yesterday reviewed that and went ahead and ratified,” Cole said. “I think the Board has expressed that they’re hopeful that the faculty will follow suit and that they’ll ratify the tentative agreement and that they’ll do so in an expedited fashion so that we can send a clear message to the community and to our students that we can, in fact, work collaboratively on behalf of the university.”

Though union leaders have agreed to and signed off on all individual articles of the contract, Gabriel Palmer-Fernandez, chief negotiator for YSU-OEA and a professor in the philosophy and religious studies department, remains skeptical that union members will ratify the contract.

“The faculty will hold a ratification meeting in the near future. Whether that tentative agreement will be ratified is hard to say,” Palmer-Fernandez said. “Ratifying this contract may prove to be very difficult.”

Palmer-Fernandez indicated that the faculty’s concerns regarding the contract are two-fold.

First, though the proposed contract includes a slight increase in faculty salary in the contract’s third year, the rate of inflation and a 1 percent increase in the amount of salary faculty pay into the State Teacher Retirement System of Ohio will likely result in a net loss for faculty.

Second, Palmer-Fernandez said that faculty members have expressed disappointment in the Board of Trustees — which, he said, has reduced spending for academics while increasing spending for athletics.

“I have not had a single faculty member say, ‘I’m voting for this contract,’” he said.