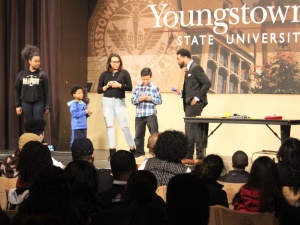 Magician Josh Triplett, who will play a role on the TV shows “Super Girl” and “My Crazy Ex”, and comedian Quincy Carr, who will make his film debut this year, were the performers. 145 people attended the show.