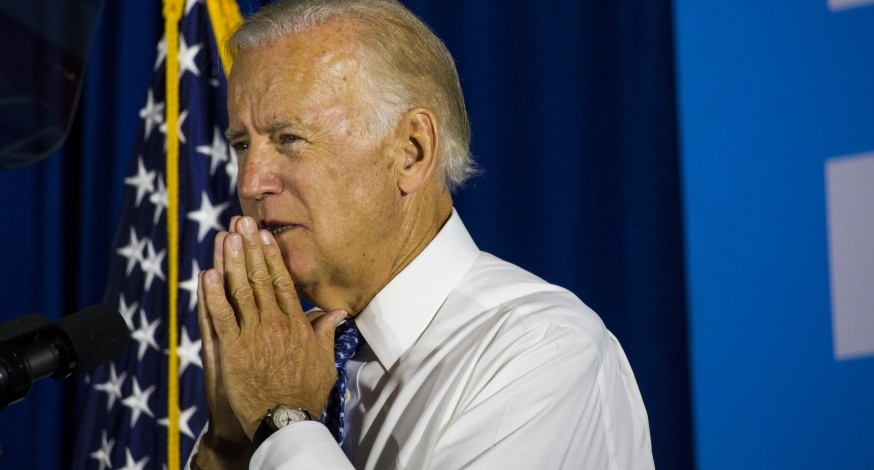 “He doesn’t understand anymore than you understand what it’s like to live in a 30,000 square feet penthouse in New York,” Biden said.

The United Autoworkers Local 1714 union hall was about half full when the vice president took the podium. He and former Ohio Gov. Ted Strickland were introduced by U.S. Rep. Tim Ryan.

Biden spent most of his speech establishing his blue-collar bona fides. He said the Lackawanna Valley in Pennsylvania, where he grew up, was a lot like the Mahoning Valley.

“We made the same stuff, man,” Biden said. “If you knew where I came from, you’d think you were home.”

Biden established his history with the UAW, attributing the success of his campaign to become a U.S. Senator in Delaware at age 29 to their support. And he said he was “the SOB at the family picnic” who insisted on the government bail out of the auto industry.

The vice president told stories about his father and the hardships he faced, and talked about the lessons he learned growing up in a working class family.

“We learned that success is not about whether you get knocked down, it’s about how quickly you get up,” Biden said. “We bend. We don’t break. We get up.”

He said Hillary Clinton, the Democratic Party presidential nominee, shares these qualities with the Mahoning Valley.

“I know some of you are mad at her,” Biden said. “Let me tell you something, man. She gets it. And she never yields. She doesn’t break. She gets knocked down, and she stands up.”

Biden said his biggest problem with Trump isn’t his “cockamamie policies,” but the way he treats people — criticizing the Republican nominee for his catch phrase, “you’re fired.”

“You oughta come from a household where some people were fired,” Biden said. “Where the plant shut down. Where all of a sudden they’re staring at the ceiling wondering how the hell they’re going to make it.”

He also spent several minutes focusing on Trump’s foreign policy statements, saying he’s already made the world less safe with his statements on NATO and ISIS.

David Betras, chairman of the Mahoning County Democratic Party, said the Clinton campaign knew what they were doing bringing Biden to Northeast Ohio.

“This guy talks Valley talk,” Betras said. “You could take him to the Avalon and have a pizza with him, and it would be like he’s from here.”

“It does something to you,” Valentin said. “He inspires you, the way he talks. He’s like one of us.”

Following his speech in Lordstown, Biden made stops at the Canfield Fair and Youngstown Neighborhood Development Corporation.

“The 40 minutes came and went pretty quickly,” Beniston said. “[It was a] lot of planning for a couple minutes, but it was fun.”

The U.S. Department of Housing and Urban Development initially contacted Beniston and told him a government official wanted to visit YNDC and see some of their work. Closer to Thursday he said he was contacted by the White House and told it was the vice president.

They took Biden down a street where they have fixed several houses, and he asked about the work and met with neighbors, Beniston said.

After leaving YNDC, Biden flew to Cleveland for a campaign event at UAW Local 1005 in Parma, Ohio.

All photos taken by Billy Ludt/ The Jambar.