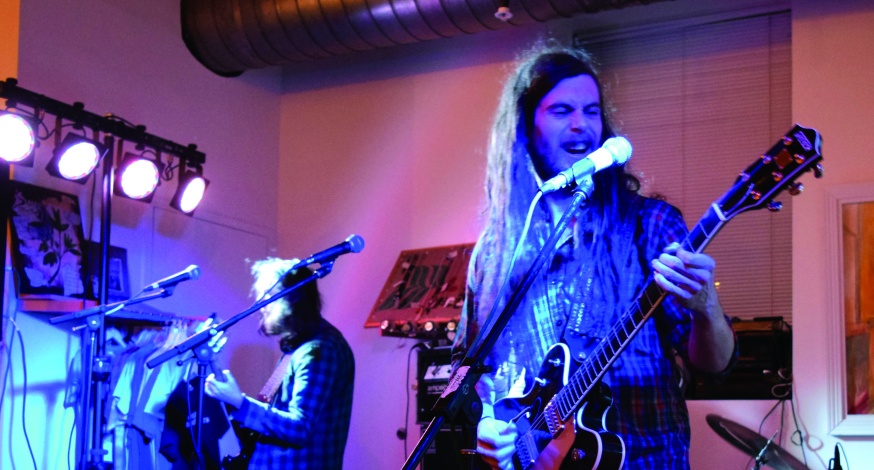 Many braved the snow Thursday night to see a free show with Behold the Brave, a Tennessee psych-rock band, presented by Youngstown State University’s Penguin Productions.

Behold The Brave, along with opening act Figurehead, a local Youngstown rock band, preformed at The SOAP Gallery in downtown Youngstown.

The show is part of Penguin Productions’ Concerts with a Cause series. This series allows organizations the chance to set up a table during the event to raise funds, and the proceeds will go to that organization.

The organization that was featured at the show was YSU’s Student Art Association. The SAA is a collection of artists in the student body that create art and sell it in the community.

According to YSU SAA President Annette Gottuso, what sets them apart from other groups is the ability to go to any event and do on-site screen-printing for the community.

“As a collective group the songs mean more to all of us when we write them or write parts of them,” Lynn said. “All of our songs pass the sniff test — no one is playing anything they don’t want to be, which allows us to go onstage and enjoy the show.”

The band wanted to open the event because of its involvement with YSU student organizations. 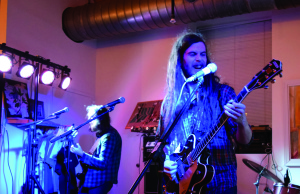 After Figurehead’s set, Behold the Brave prepared to take the stage.

The band has been playing together since the end of college and is currently touring.

“Our typical audience is usually college-aged and early to mid-twenties,” Davis said. “Our music is relatable, and we enjoy being able to cross over different genres of music to better relate to our audience and fans.”

According to members of Behold the Brave, one facet of the band that sets them apart from others is that they each write their own songs. It’s a collaborative process, and everyone can share his ideas.

The band has never been to Youngstown before but really enjoys the hospitality that has been shown.

“Everyone here is extremely hospitable, we have never been to Youngstown before so we didn’t know what to expect,” Thompson said. “We really like the vibe the city gives us and the people we have met from YSU.”

The band plays an array of rock songs from soft to heavy bringing a dynamic energy to the stage.

“We enjoy playing the fast paced heavy rock songs that get the energy flowing,” Randolph said. “All of our songs are a different piece of our art. Some have more meaningful lyrics than others.”

The show closed with the band’s favorite song, “Pigs or Pigs.”