By Billy Ludt and Ashley Custer

The Bees Trees, a rock and soul band from Youngstown, will be going on tour from July until early August in reaction to releasing their new EP “Roots.” 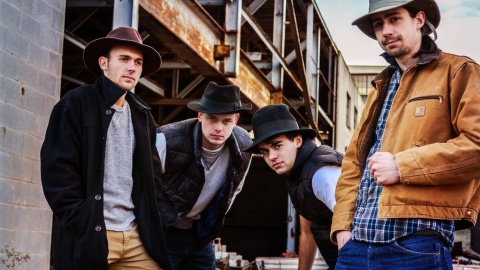 “Nothing too big; nothing too small,” Liam Jones said.

The tour will lead up to one of The Bees Trees’ mainstay festivals, Fusion Fest at the B&O Station in Youngstown on Aug. 13. Prior to that, Liam Jones said they’re playing an important date in Cleveland opening for experimental funk group, EGi, July 22 at the Beachland Ballroom.

“Roots” was released on Christmas.

Liam Jones said he writes songs for The Bees Trees, providing a lyrical structure. As the songwriting process progresses, each band member adds to songs until they’re fully realized.

“The band started in July of 2011 but has seen quite a few lineup changes to get to the position we are in now,” Liam Jones said. “We have gone through four drummers and three bassists to get to the current lineup.”

The Bees Trees will also be at Earlybird Music Festival at Nelson Ledges Quarry Park on April 30, which is about 30 minutes from Youngstown. Their set is at 4:30 p.m. before the Cleveland reggae rock group Tropidelic and legendary guitarist Buckethead.

“We continue to evolve and enchant listeners. Delivering a dynamic fusion of melodies that highlights a wide range of musical influences including jazz, roots rock, reggae and Blues,” Liam Jones said. “The Bees Trees delivers its unique sounds to an eclectic audience frequently performing in a variety of venues from taverns to music festivals and theaters. Our sound meshes various musical genres and appeals to an audience of all ages and styles.”

“Roots” is available for purchase on iTunes and CD Baby.