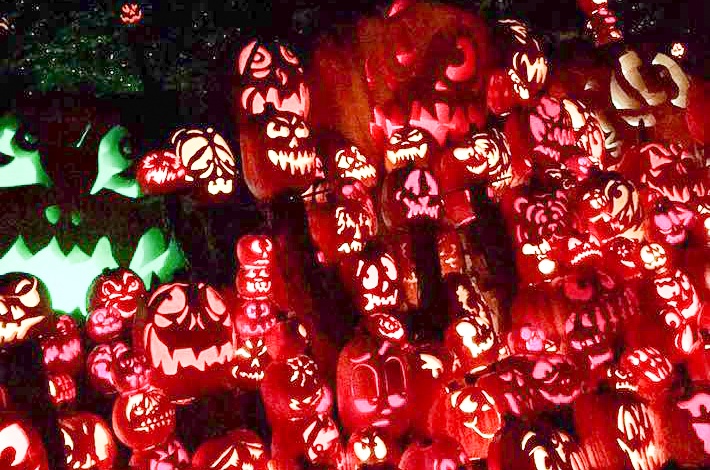 When it comes to celebrating Halloween, there are various ways people may decide to let their inner child come to life, whether it’s eating candy, watching movies or going trick-or-treating.

Jennifer Behney, an associate professor in the Department of World Languages and Cultures at Youngstown State University, said her birthday is the day before Halloween, and every single year, her birthday party was Halloween-themed.

“We would always have pumpkin-shaped cake or other Halloween-type events,” she said. “Bobbing for apples or whatever it would be.”

Behney said she and her husband celebrate Halloween by taking their six-year-old daughter out to hayrides, pumpkin patches and to carve Jack-O-Lanterns.

She said her husband is from Italy and Italians don’t do much to celebrate Halloween. She said Italians celebrate the Day of the Dead, which is mostly a religious holiday in Italy.

“All of this is very new for my husband,” Behney said. “Before meeting me, he didn’t know anything about this.”

“People would go to the graveyard and they would take flowers to the graves,” she added. “Many Italians, if they are religious, might attend a mass on that day.”

The Day of the Dead in Italy takes place on Nov. 1, and Behney said in the last couple of decades, Italians have become familiar with some of the traditions in the United States from American movies and television shows.

“It’s a chance to act like a kid when you’re all grown up,” she said. “It’s nice to also connect it with the meaning of marking that passage from life to death and remembering those who aren’t with us.”

Beesan Odeh, a graduate student at YSU, said she has always loved trick-or-treating and thinks she’s too old for it now, but likes to take her nephews out.

Odeh also enjoys passing out candy to others and staying home on the cold nights to watch Halloween movies.

Odeh said as far as dressing up for Halloween her senior year, she dressed up as Elvis Presley. She said he’s her absolute favorite, which made it fun to do.

“I think it’s just about having fun and letting kids and adults do something different for a day,” she said.

Dia Scruggs, a YSU communications and social media major, said she watches movies to celebrate Halloween. She said “The Nightmare Before Christmas” is her favorite movie and she listens to the soundtrack as well.

She said she will sometimes go trick-or-treating with her younger cousin, and she dresses up in her Pikachu onesie every year.

Scruggs said whether someone is six years old or 100, it doesn’t matter, and the most important part of Halloween is to have fun.

“Halloween is for everybody,” she said.

Kandace Feorene, a business major at YSU, said she enjoys doing dark makeup for school on the day of the holiday.

Feorene said when she was really little, she and her sister dressed up as Dalmatians and their mother was Cruella. She said Halloween is a good time to just let loose and have fun.

“Especially now with all of the problems going on, it’s a good time to just have fun,” she said.