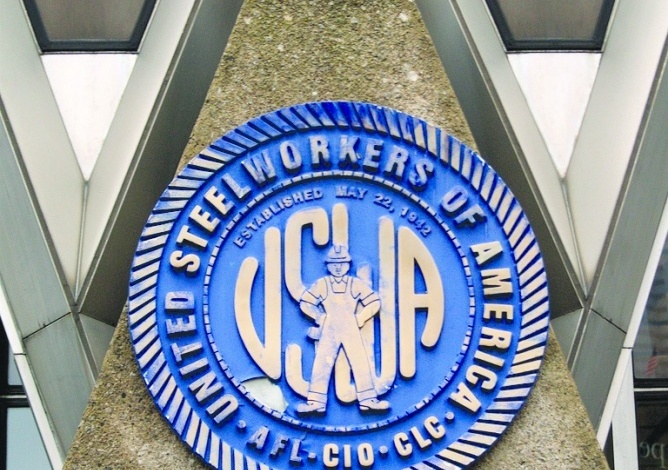 Where contentious labor relations exist, unionization attempts are sure to follow.

This is the case for adjuncts at Youngstown State University, though their partners in unionization may seem an odd bedfellow.

Partnering with the United Steelworkers, adjuncts — like Thomas Sabatini, an adjunct who has worked in the history department on 15-week contracts for the last 15 years — hope to bring their desires and concerns to the bargaining table.

“I don’t think most people would think $25,000, $21,000 with no benefits, job security or employment possibilities over the summer is fair. I think that could be universally recognized,” Sabatini said.

For many adjuncts, pay is a major factor in the desire for organization. Wages for adjuncts at YSU have remained static for 24 years. Although the trend to staff universities with an increasing number of underpaid adjuncts is a national issue, those at YSU are determined to use the political pressures of unionization to break from the trend.

“As an historian I will say left fully to market forces there’s no reason to believe child labor would have ever disappeared or that minimum wages would be anything above the barest starvation levels,” Sabatini said. “It was always political pressure that created a market that was a labor market where laborers could actually survive and feed a family.”

Unionization is often challenging, and organizing part-time public employees in Ohio is complicated by the law. Under the Ohio Revised Code, adjuncts are not considered public employees and universities are not required to bargain with them.

But the law does not prohibit employers from voluntarily entering into negotiations with an organized group of part-time faculty. Robin Sowards, a United Steelworkers organizer and adjunct at Chatham University, said he hopes to capitalize on this at YSU.

“Ohio … has specific legal protections for the legal activity of the full-time faculty but no such legal protections for the union activity of the part-time faculty,” Sowards said. “Certainly our position will be that they have an obligation to recognize and bargain with the union of adjunct faculty, and we will certainly do everything within our power and the law to encourage them to do so.”

Sowards is no stranger to advocating for adjunct rights. After taking a position at Duquesne University in Pittsburgh and finding the conditions unacceptable, he and other adjuncts sought representation. As the United Steelworkers’ international offices are based in Pittsburgh, the adjuncts sought to partner with the massive labor union.

“The steelworkers are actually a very diverse union. If you look at the legal name of the union, it’s not ‘United Steelworkers’ it’s ‘United Steel, Paper, Forestry, Rubber, Chemical…’ there’s a big long list that goes on and on,” Sowards said. “The steelworkers have a great deal of strength due to their size, and a great history of being transparent and above the board, and most importantly for us the steelworkers is a very democratic union.”

After securing their partnership with the union, adjuncts pursued bargaining rights at various universities in western Pennsylvania. Though the adjunct union has yet to see a contract ratified based on their efforts to bargain, they have seen some success in their campaign.

“Through putting public pressure on [Duquesne] University, we were able to induce them to increase the wages, and they’ve increased them at this point 60 percent above where they were,” Sowards said. “When I started there in 2010, [adjunct pay] was $2,500 a course, and it had been that for a decade, and now it’s $4,000 a course, so it’s a pretty significant increase.”

While the gains made at Duquesne are impressive, persuading an administration that already has tenuous relations with two of the university’s labor unions — the full-time faculty’s Ohio Education Association and the non-faculty staff union Association of Classified Employees — could prove to be an uphill battle for adjuncts.

Individuals outside the adjunct community recognize both the challenges and value associated with organizing. Julia Gergits, chair of the English department, said an adjunct union could make a striking impression on the administration by staging a walkout.

“If they walked out of biology, and chemistry, and physics, and accounting, and if the whole thing shuts down … If you could get them all to agree to even just a one day shutdown, so maybe you don’t get yourselves fired but you just say, ‘One day is going to be protest day and we’re all going to stand out on the street,’” Gergits said. “So it’s not enough to get everybody fired, but it’s enough to create a splash in terms of the paper.”

While a walkout would grind the day-to-day operations of the University to a halt and attract attention, long-term change would still require negotiations between the adjuncts and administration.

“You really want to have something like the steelworkers, you need to have somebody to have your back and to help you to affiliate,” Gergits said.

The administration’s willingness — or lack thereof — to recognize an adjunct union will be highly influenced by the market realities facing the University. Regardless of the administration’s desire to see part-time faculty receive higher pay — a claim both Martin Abraham, provost of YSU, and President Jim Tressel have made — economic realities prevent the materialization of a simple solution.

A.J. Sumell, associate professor of economics, agrees adjuncts are compensated unfairly. Despite this, he recognizes market realities driving the current prioritization of cheaper, part-time labor in industries across the nation.

“It’s largely just based on the objective of cutting costs and trying to offer an education at the lowest possible cost to students,” Sumell said. “It’s not just universities that are using more part-time cheaper labor sources. It’s any company that can produce the same level of quality or minimum level of quality at a lower cost has an incentive to do that, and to use that.”

Finding a Way to Pay

As long as there are professors willing to work at the current rate for adjuncts, there will be no impetus — aside from the fairness argument — for raising compensation.

James Zupanic, a retired tenured professor who works as an adjunct and is an advocate on behalf of adjuncts, believes an 80 percent increase in adjunct wages would be necessary to restore the buying power they possessed in the early ‘90s.

Realizing an 80 percent increase is unlikely to happen all at once, Zupanic supports several increases at regular intervals until wages reach an acceptable level.

Abraham, despite supporting an increase, also cautions those calling for a quick fix to consider where the money necessary to do so might originate.

Raising tuition to offset the cost of paying adjuncts a fair wage wouldn’t happen until 2017 due to a two-year state-issued tuition freeze on Ohio public universities.

“We think we can partner with the administration to find more efficient ways to allocate resources that would … increase wages for part-time faculty. The salaries for part-time faculty, if you look at the numbers, are a single digit expense. It’s 3.1 percent of the budget,” Sowards said. “It just doesn’t cost that much to practically double their pay when you’re paying them that little.”

While compensation is an immediate concern for adjuncts, the lack of stability can be more distressing than the inadequate pay.

In theory, semester-to-semester contracts provide both administrators and adjuncts with flexibility and a degree of control. Administrators can better control budgets — and the quality of their faculty — by discontinuing a contract at the end of a semester, and adjuncts have the freedom to leave for better work easier than if they were locked into multi-year contracts.

But for many adjuncts, the freedom of a semester-to-semester contract is not worth the lack of job security, health benefits or professional recognition and respect within their fields. These desires drive the push for unionization as much as, or more than, the case for higher compensation.

“In many ways, those issues about having a voice and being treated with respect and decency are the most important because they go to the heart of what the University claims to be and what it should aspire to be — that is, a place that treats people humanely and educates students with a view to making the world in general more humane,” Sowards said.

A talking point frequently echoed by supporters of adjunct unionization efforts claims that organization ultimately improves the institution, the livelihood of faculty and the educational experience for students.

As many adjuncts work multiple jobs to make ends meet, this can result in a lack of available time to meet with students, heavy grading workloads and little opportunity for those professors to develop themselves professionally, stunting their ability to grow and change with their fields of study.

In Sabatini’s view, quality of education provided to students should be a university’s top concern. Without representation, he doesn’t believe adjuncts receive the proper support to provide that education.

“The things that really are truly of value in a university — the things students value — is a faculty member that’s going to take the time to meet with students and really engage with their needs … If that’s going to be the concern, people who are doing that work need representation with the administration, and when you’re on a 15-week contract you have no voice,” Sabatini said. “The only way you get that voice is through actual representation, a foot in the door. And the only way you get that is through organizing.”