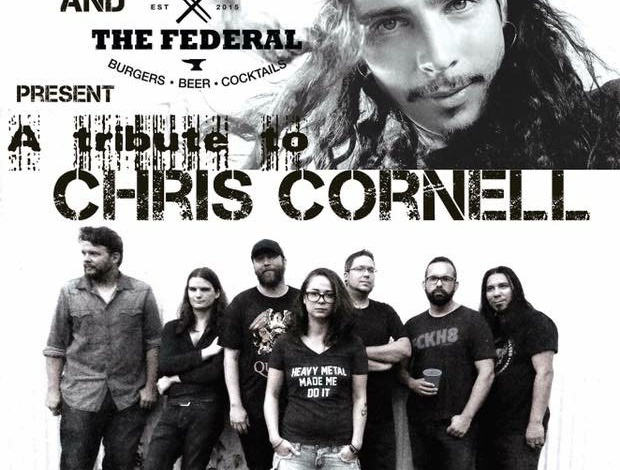 The City of Youngstown and The Federal ended their 2017 Party on the Plaza series with a tribute concert to Chris Cornell, the late front man of Soundgarden and Audioslave. The event featured Youngstown’s own supergroup on Sept. 8 and was free to the public.

The members of Youngstown’s supergroup are Courtney Waskin, Paco Mgl, Nick Miller, Adam May, Noll Hartman, Fred Whitacre Jr. and Scott Lowry. The doors for the event opened at 7 p.m.

Sophia Martini, the manager at The Federal and a 2015 Youngstown State University graduate, said The Federal spent the summer partnering with the City of Youngstown and worked together to make a comeback for Party on the Plaza. 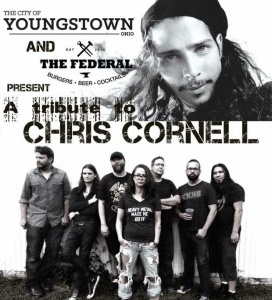 “Party on the Plaza used to be back in the day,” Martini said, “and obviously we wanted to kind of renew that.”

Martini said The Federal worked with the city and they decided to hold Party on the Plaza across the street in the lot from the restaurant.

“We worked together with [The Federal] to kind of get some concerts and free events on Friday nights for the public,” Martini said. “We wanted to wait for the citizens of Youngstown and the students of YSU to come down and enjoy a Friday night free concert.”

Martini said she thought the tribute concert to Chris Cornell was a cool idea, thinking this would benefit students that want to get involved with the city.

“They want to go to something that’s free and a lot of people that they go to school with will be there,” Martini said. “We thought it was a cool idea to kind of bring together the city of Youngstown.”

Grazia Accordino, who has been a server at The Federal for two years and a communications major at YSU, said it’s always awesome working downtown because she feels like that is where most of the events, like the tribute concert, are going on.

Accordino also said it’s nice to be in the mix and know what’s going on, but as far as being a student at YSU, she said it’s nice because YSU has always been known as a commuter’s college. She said that for the past couple of years, The Federal has been working to kind of change that mentality.

“Adding events like this where not only the community but YSU have the opportunity to get involved is really exciting,” Accordino said, “because any time you can get together, play good music and be around all of your friends, within the city that your university is in, is a good time and convenient.”

Accordino said that she felt the tribute to Chris Cornell was awesome and different.

Rebecca Banks, a current graduate student at YSU, said she loves live music and thought it was very sweet of The Federal to do a tribute to Chris Cornell.

Banks said she appreciates The Federal a lot and also enjoys all of the venues in downtown Youngstown.

“It’s such a welcoming place,” Banks said. ”I dearly love The Federal and I went there last week and got my dance on a little bit and that’s a part of my self-care.”

Banks said she has always enjoyed Party on the Plaza events, inviting people to attend them with her and has obtained a lot of good memories from it.