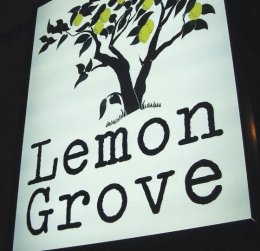 When Youngstown State University students return to the city, they’ll notice changes to its downtown.

But downtown’s growth is more substantial than the surface of cafes and bars.

“I’ve seen nothing but continuous growth,” said Phil Kidd, owner of the Youngstown Nation store and founder of Defend Youngstown.

Youngstown Nation — which carries Youngstown merchandise and memorabilia — is a shop on Phelps Street that opened last month. Kidd said the store isn’t just about making sales; its purpose is conveying information about Youngstown.

“The first thing I hear about this store is ‘Thank you,’” Kidd said.

Defend Youngstown is an organization that “supports informed citizenship, grassroots activism and community pride in relation to the advancement of Youngstown,” according to Kidd’s website, http://www.defendyoungstown.blogspot.com.

“People are actually choosing to live down here,” Kidd said.

With the advancement of the Realty Tower Apartments and the Erie Terminal Place, area residents aren’t just coming downtown for a night out; they’re starting to view downtown as a community.

Kidd said area residents will notice sustainable business development along with population growth. This growth could eventually lead to a possible supermarket, two-screen cinema and more.

“I never have to drive a car,” said Kidd, who lives in the building where his downtown store is located. He can already rely on the farmers market and convenience store for a lot of his groceries.

“You want to be able to create unique things here,” Kidd said.

Originally from the Pittsburgh area, Kidd first came to Youngstown just more than a decade ago to attend YSU. He recalled going downtown only in his senior year, when there wasn’t much variety beyond a few bars.

Kidd said several factors contributed to downtown’s progression; among them are the Covelli Centre and a specified entertainment area.

The entertainment area, he explained, was designated by the state and allowed many businesses to receive discounted liquor licenses. As for the Covelli Centre, it draws in crowds from the suburbs.

“They go out to dinner or drinks and then see a show. They feel comfortable and safe down here,” Kidd said.

Cleric Costes, president of the Oakland Center for the Arts on West Boardman Street, said it’s “a very exciting time to be located downtown.”

“We’re seeing traffic from local restaurants and bars come to the Oakland, and we’re continually being asked for recommendations on where to go after shows,” Costes said.

“It is great to be able to give out the names of places within walking distance.”