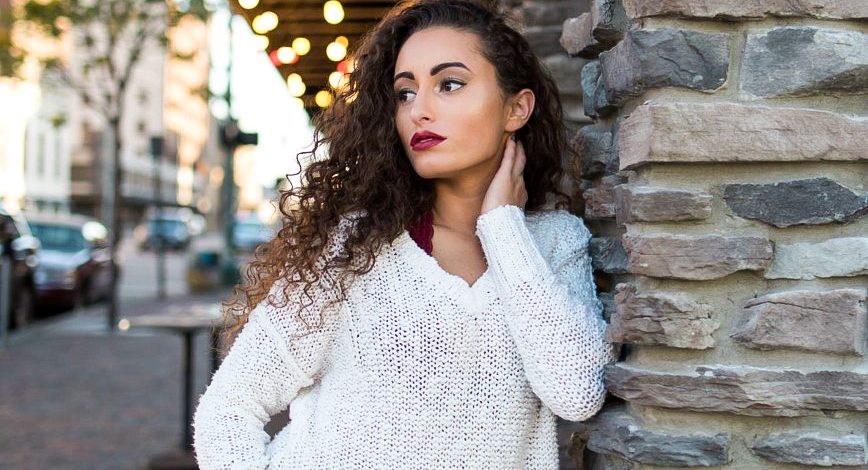 Mia Colón does theatre because it is the love of her life. Expected to graduate from Youngstown State University this year with a Bachelor of Fine Arts in Musical Theatre, Colón said those who go into the arts do not do it for the money, but for enjoyment.

Colón joined a group in her teens known as The Youngstown Connection. As a member of this group, she’s enjoyed opportunities to travel the United States, and sing and dance for and with celebrities such as Jodi Benson, the voice of Ariel from “The Little Mermaid,” Mac Huff and John Jacobson.

Colón said her goal as of right now is to be a performer for amusement parks and cruise lines. She said from cruise lines, she plans to go to Chicago to build up her resume.

“From Chicago I will go to Florida for Disney World or California, and then from California to Atlanta because I want to get into film as well on top of live theatre,” she said. “I do voice over work, modeling, commercials and all kinds of stuff.”

Colón said she would also like to get into Netflix series and movies, and eventually go to New York for Broadway by her late 20s or early 30s. She said by then, she should have built up enough of a reputation and resume.

“One thing I’ve learned in this industry is you can plan as much as you want, but things don’t always go according to your goal,” she said. “Last August at the end of my contract with Cedar Point, I actually broke my leg during a show.”

Colón said breaking her leg was very eye opening to her, and she wasn’t fully aware of how many people in her life who truly cared for her. It also taught her a lot about herself and about accepting help as an independent woman.

Colón said her biggest influences in the industry include Meryl Streep and Lin-Manuel Miranda because he is Puerto Rican like her. She said it’s nice to see another Latinx person in the industry doing what they love and making something of themselves.

“Before Lin-Manuel Miranda, there weren’t a lot of roles for Latinx people,” she said. “He saw that issue and he fixed it. I really connect with him.”

Colón said Sara Bareilles is also another one of her influences because she connects with her and her voice, which she said is similar to her own, and enjoys doing covers of her songs for different auditions.

“I actually didn’t start theatre until I was in the fourth grade,” she said. “The only reason I got into theatre was because of my choir teacher in grade school.”

Colón said her first show she performed in was “Guys and Dolls,” which is what she will be in again this year. She said to her, it’s kind of like coming full circle in her career.

Colón said she is not broken and not done. She said she is still moving along and being in “Guys and Dolls” again brings back a lot of memories, and it’s very nostalgic for her.

Colón said the industry is individualistic and it’s about someone going within themselves, and knowing that this is not going to be easy. She said theatre is hard and cutthroat.

“Research, experience it and take it seriously,” she said.

Matthew Mazuroski, the chairperson of and an associate professor in the Department of Theatre and Dance at YSU, said he thinks Colón is very talented and outstanding, and said she has the drive, energy and the talent to pursue this as a career.

“I remember her first audition,” he said. “She was mesmerizing. She’s pursued a lot of opportunities we offer here at YSU.”

Mazuroski thinks Colón is an excellent role model for not only YSU students, but for any student who is looking at the entertainment industry.

“I think that she will go far,” he said.