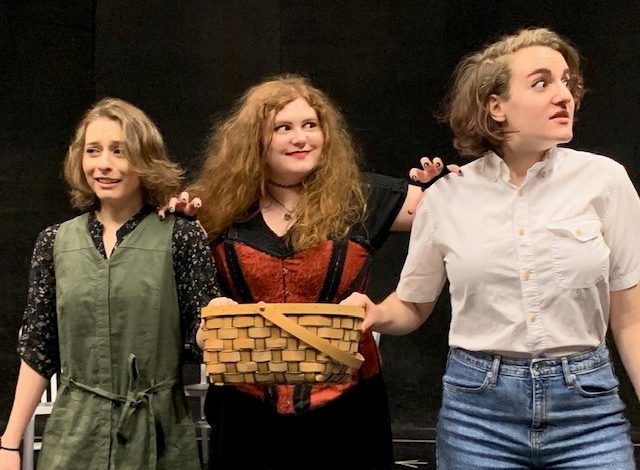 Engelbert Humperdinck’s opera “Hansel and Gretel” was presented by the Dana School of Music on April 28 in Bliss Hall’s Spotlight Theater. Even though the opera followed the original fairytale by the Brothers Grimm, there are lighter elements within.

The production was directed by Dana School of Music alumnus and internationally acclaimed heldentenor Gary Lehman and his wife Susan Foster.

Lehman said this opera was a great opportunity for students to be able to get up on their feet and do an opera that has been done thousands of times around the world, and it was very family friendly, so it was nice for a younger audience to come see it.

“The students [did] great jobs developing the characters, and it [was a] large enough cast, [so we got to use] quite a few students,” he said.

Lehman said while the Grimm’s original story of “Hansel and Gretel” is deeper and darker than the opera, Hansel and Gretel still get lost in the woods and The Witch still finds them.

“It’s very comical,” he said. “[There are] very comical scenes with the witch. She’s a little over the top at times. We like that.”

Lehman said freshmen-year to graduate-year students participated in the opera.

“Seeing where the students start from and where they end up with the development of their characters and the way they’re singing the roles [is my biggest fulfillment,]” Lehman said. “That’s our ultimate goal.”

Foster said it is exciting for her when she sees younger singers discover things they did not know about their own voices, and when a singer hits a note they were not sure they could hit, she can see the satisfaction in their eyes.

“I love the music preparation part of preparing an opera because you get to find out how interactly the composer wrote all of these pieces to display the emotions of the characters,” she said.

Foster said the opera was intended for children, so it was made less disturbing. She said there are still some frightening aspects, such as The Witch living in the woods who is cooking and eating children.

“It’s suitable for kids, and I think adults [would] enjoy it as well,” she said. “I think people would be surprised how much they would enjoy opera. Even some of our students have said to us, ‘We really didn’t think we’d like opera as much as we do, and now we really love it.’”

Foster said the “Hansel and Gretel” opera is highly accessible, and it would be a great first experience for those wanting to be exposed to opera.

Jones, a YSU music theory major, said being a part of this opera has helped her loosen up performance-wise and gain more of a stage presence. She said because of her major, she is not much of a performer.

“I planned on going through music school performing the least possible, but I had so much fun with a tiny role in the last opera that I wanted to try again,” she said. “I ended up getting a lead, and that kind of forced me into acting out a lot more.”

“I had a lot more to learn,” she said. “Almost everything [I did was] with Gretel. That involved a lot of extra practice with us together. It’s a lot [of] responsibility when somebody else’s singing relies a lot on you.”

Jones said a lot of time was spent on the opera. She said audience interaction was included, and the directors spent a lot of their time making the show fun to watch.

“It’s a story that everybody knows,” she said. “Everybody knows what happens, but we made it really fun and entertaining.”