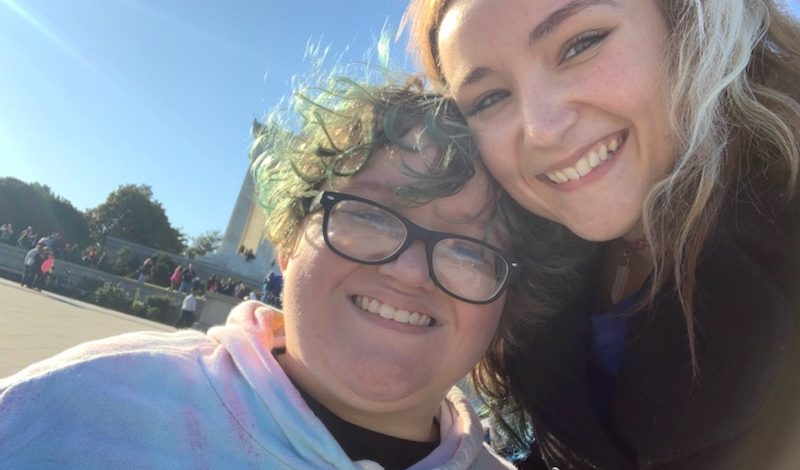 Recently, I went to the United States Holocaust Memorial Museum in Washington, D.C., as part of an annual study trip. In school, we all learn about what a great tragedy the Holocaust was, but I don’t think anything could have prepared me for this.

Upon entering the museum, I felt as though I was opening the most unabridged history book. Of course, I should have expected to learn the most on this subject here, but it never occurred to me how much my regular education covered up important aspects.

Usually in school, we only learn stories about people like Anne Frank. We only learn about a select number of narratives and often don’t get to see the big picture.

The minute you reach the start of the exhibits, you are shown the extreme results of hatred and intolerance. As I wheeled through the crowd with my sister, I could only stare in silence at the photos, videos and documents that were presented before me.

It was like I was suddenly transported onto almost a completely different planet from the life that I know today. Everything seemed absolutely unreal.

Often in my columns, I discuss things such as acceptance, kindness and working together for the common good. While it isn’t difficult for most people today to understand why these are such important topics, it hasn’t always been that way.

Seeing that museum was a genuine reminder of the damage that hatred causes. Hatred has never done anything good. Hatred only causes pain and suffering.

All it took was a large crowd following hatred to destroy the lives of over 7 million people.

While the displays in that museum seemed extremely foreign to what I know today, that doesn’t mean hatred isn’t still a serious issue today. Pretending that hatred doesn’t exist today would be ignoring the history in front of us.

And while the Holocaust is genuinely a much more complicated story than most acts of hatred we experience in today’s world, it often has a very similar root. Often, it comes from only seeing people for how they are different than us instead of actually seeing people for who they really are.

Looking around campus, I can see we are blessed to be surrounded by a great amount of diversity. People of all different backgrounds joined into one excellent university.

At our university, we don’t tolerate hatred. When words of cruelty come upon us, we speak up. When vile actions are done against us, we rebuild. We do not let hatred guide us.

We learn about what happened before us, and we strive to do better. We know about the extremely damaging effects that hatred can have.

We have classes based around diversity, and even if we think we are knowledgeable, there is always more to learn.

There are always steps we can take to prevent history from repeating itself.

Mindfulness and the Power of the Present