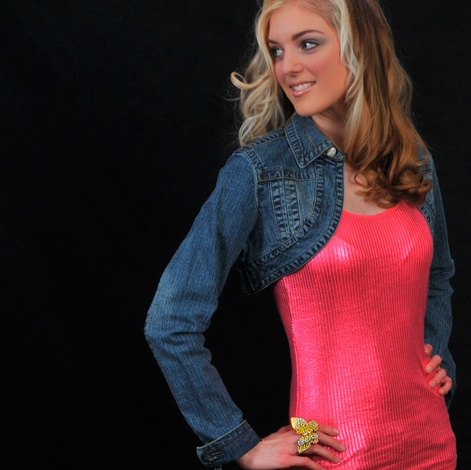 On July 30, Youngstown State University senior Candace “Candy” Campana, a country-pop singer, released a ten-track album, “Sweet,” to iTunes and Amazon.
Hailing from Birmingham, Alabama, the aspiring singer/songwriter was signed to Soul1st Records and Entertainment in 2009.
She said that after many years of prepping, recording and hard work, she is ecstatic for the CD to be available to the public.
Campana said she began to take an interest in singing when she was only 3 years old. She said by the third grade, she had decided that her life would forever be devoted to the creation of music.
At 11 years old, Campana was in the recording studios, determined to make her dream of being a singer a reality.
“You will get 2,000 ‘no’s’ before you can get just one ‘yes’,” she said.
In 2009, Campana got the call that would forever change her life.
“This one ‘yes’ was my big break”, she said.
Campana said she knew this was the work of all her determination and a dash of fate.
“I thanked God for this opportunity. This all just fell into my lap. It was a hard struggle, but it was well worth it,” she said.
Campana said she had contacted many labels over the years in the hopes of being a signed recording artist. When she called Soul1st Records, she was asked to sing for them over the phone. After she finished “Ben” by Michael Jackson, they asked her to agree to a record deal over the phone. Within the next week, the paper contract was in her mailbox.
Diane Campana, Candy Campana’s mother, said her daughter is motivated and driven to do what she loves.
“If anyone could do this, it would be Candy. She never gives up, no matter how many ‘no’s’ she receives,” she said.
Besides being a dedicated musician, Candy Campana is also an avid student, performer, horse trainer and dancer. She graduated as valedictorian from Struthers High School, and has kept straight A’s and been on the Dean’s List all of her semesters at YSU. Campana is also pursuing a bachelor’s degree in general studies, with a focus on marketing and entrepreneurship.
Kyla Davis, a close friend, said Candy Campana is smart, devoted, and peppy.
“Candy is unbelievable,” Davis said, “She has been working so hard at this and it is wonderful to see her achievements be fully recognized.”
Kyla states, “Candy is able to juggle earning straight A’s, attending rodeos and horse shows all while pursuing her music. It’s unbelievable.”
Another one of Candace Campana’s biggest fans includes her father, Anthony Campana.
“She will sing for anyone — three people or three thousand, the National Anthem at high schools, at Scrappers games, at Quicken Loans arena — anywhere people want to hear her, she wants to be heard,” he said.