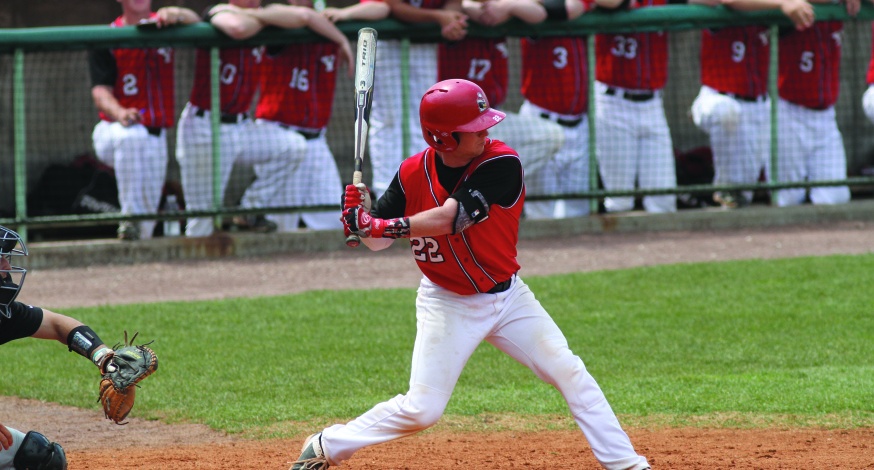 The Youngstown State University baseball team has finished near the bottom of the Horizon League for the past two seasons, including a Horizon League tournament run that produced a conference championship and a NCAA tournament appearance in 2014.

The Penguins followed up their run with a 16-34 season a year ago. This year’s Penguins baseball team could finally see some of the positive effects of that 2014 post season run.

Head coach Steve Gillispie is bringing in one of his best recruiting classes, which includes 12 freshmen. The class is led by Kyle Benyo, an outfielder who was a First-Team All-Conference player at Austintown Fitch High School his junior season. Benyo transferred to IMG Academy in Florida for his senior year where he had a .361 batting average and 15 RBIs.

Baseball America has projected Benyo to be the Horizon League Freshman of the year.

The team also benefits from the return of closer Kevin Yarabinec, who sat out a majority of 2015 due to injury. Yarabinec was a key part of the Penguins NCAA tournament run and was named Horizon League Freshman of the Year finishing the season with five saves and a 2.2 ERA in 2014.

“Getting Kevin Yarabinec back from injury, and the time he missed a year ago really gives us stability and depth in the bullpen,” Gillispie said.

The additions of the freshmen and the return of Yarabinec give the Penguins possibly the best depth in the Gillispie coaching era.

“Of the four years I’ve been here its the best depth that we’ve had on the mound and position player wise,” Gillispie said. “I think we will be in a position where we can keep guys fresher. Really, we ran into some times last year where guys were just tired.”

Two new additions to the roster come from the University of Akron. Senior infielders Billy Salem and Gerrad Rohan transferred to YSU after Akron dissolved its baseball program in July. Salem hit .260 with one homerun and 19 RBIs in 2015, and Rohan hit .294 and drove in 28 RBIs last season.

“They bring us a lot of leadership and experience, which is great for us having a young team. Billy [Salem] and ‘G’ [Gerrad Rohan] bring some life to our team,” YSU catcher Jonny Walker said.

The Penguins will need this depth to replace one of their best position players from a year ago in outfielder Frank Califano. The Chicago White Sox drafted Califano in the 19th round during the 2015 MLB Draft.

Califano was a First-Team All-Horizon Leaguer a season ago with a .362 batting average, with 18 RBIs and 19 stolen bases.

“He’s a different type of player. He could change a game with his legs without really driving a ball,” Gillispie said. “I don’t know that we have that same type of guy. A strength for us offensively in replacing him will be one through nine in the [batting] order on most days. We’ll be a lot deeper lineup than what we’ve had in the past couple of years.”

The depth of this year’s lineup will allow for Gillispie to get creative with his lineups throughout the season. Gillispie said he would even like to get shortstop Shane Willoughby some time on the mound, but he will still play majority of the time at short.

“Now that we have depth on the infield we can use him on the mound. That’s a 90 mile-per-hour arm that’s never pitched here,” Gillispie said. “Defensively he could play for anybody in the country and in my opinion he’s the best defensive shortstop in our league.”

“I talked to him plenty of times and he’s always been really comfortable on the mound,” Walker said. “He’s got great stuff, so I don’t think it will be a big deal for us — with him being comfortable there.”