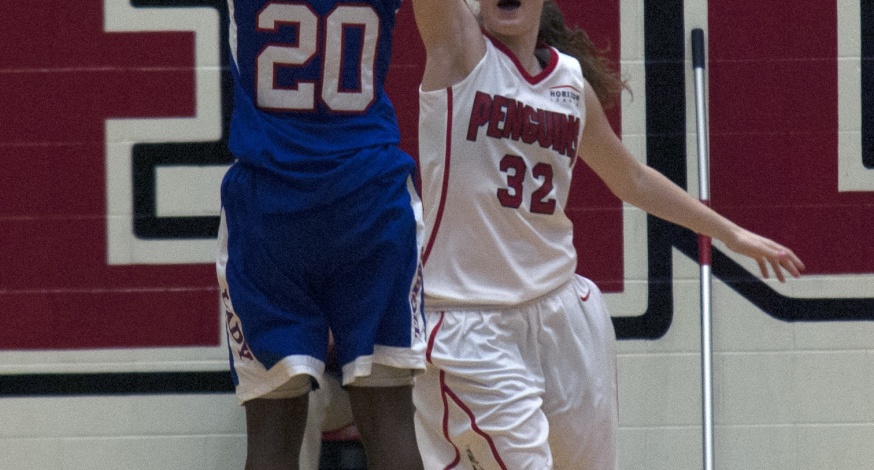 Even though the Youngstown State University women’s basketball team finished with a 21-11 record following the 2014-15 season, and an eventual NIT appearance, there was one team that constantly stood in the way of the Penguins making a run at the Horizon League Championship.

Last season the Penguins lost all three games to the Phoenix. The first meeting was a 66-43 loss, the second game was a 73-27 blowout and the final meeting was a 63-54 loss in the Horizon League tournament.

The University of Wisconsin-Green Bay has been a powerhouse in the Horizon League since the mid 1990s. The Phoenix have won 13 conference championships and finished as the runner-up four times over the past 20 seasons.

YSU’s Nikki Arbanas and Kelsea Newman both said the team will have to “play for 40 minutes” if the Penguins hope to get their first win over Green Bay since the 2013-14 season.

“They’re always a good team every year. We just go to, like I said, play 40 minutes of really good basketball and hopefully come out with a win,” Arbanas said.

Green Bay and YSU have the top defenses in the conference, both allowing under 60 points a game. Green Bay is the top defense in the Horizon League, allowing 54.6 points per game. The Penguin are coming in with the best 3-point defense in the Horizon League, 26.9 3-point field goal percent. The difference is going to be of the offensive end. The Phoenix are third in the conference in field goal percentage and first in 3-point percentage. The Penguins have gotten into a habit of starting games slow offensively this season. YSU has frequently needed to come back from first quarter deficits in the second half.

YSU head coach John Barnes said an early shooting slump was one of the reasons the Penguins were eliminated from the conference tournament last season. Barnes and the team know they can’t get off to a slow start on offense and will need to hit shots early in the game to keep pace with Green Bay.

“We had a slow start — I think we were down in the teens, higher teens — last year in the tournament. We cut it back to I think four or five with two, three minutes to go,” Barnes said. “We don’t want to do that, but I wouldn’t count these guys out no matter what the situation is. Green Bay’s an unbelievably good team. They’re the number one mid-major team in the country. They got wins over Vanderbilt, Marquette, Wisconsin and you could name a bunch more.

“But on any given night — we’re going to have to play as hard as we possibly can. Your not going to be able to make a lot of mistakes on offense or defense against these guys because they’ll just jump all over it. You’ll have to play one of your best games of the year to get a win and that’s what we’re gonna try to do.”