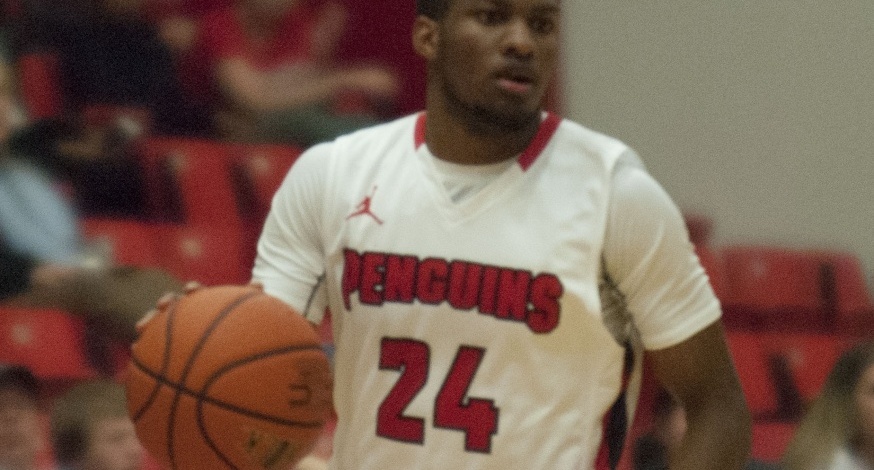 On Wednesday, Slocum and the Youngstown State University men’s basketball team found out how talented the Rockets really are after Toledo handed the Penguins a 100-78 loss.

“We obviously didn’t perform well on either end of the floor. It’s a very gifted offensive team that we played. I was very disappointed with our execution tonight.”

The Rockets took a 51-38 lead into the half, and the Penguins’ only lead was during the first minute of the game when YSU took a 3-2 lead after a Matt Donlan 3-pointer.

Toledo was able to outwork the Penguins in the paint. The Rockets’ center Nathan Boothe scored 26 points and seven rebounds. Toledo scored 42 points in the paint.

“Obviously our bigs didn’t play very good,” Slocum said. “They got a first-team all-league big and he showed why he was tonight. Like I said, I think they’re one of the most talented offensive team that you’re gonna see all year. They came in and shot the ball extremely well. I take full responsibility…we’re not very good defensively, and that reflects me and the job I’m doing.”

Boothe shot 12-16 from the field, including 1-2 from behind the 3-point line. Slocum said that Boothe had his way with the Penguins frontcourt and YSU had no way of defending him.

“Obviously when you have Jorden [Kaufman] at 7-foot on their 6-11 guy and you have Bobby [Hain] whose 6-10 on their 6-8 or 6-9 guy—he’s just a good basketball player and he took those guys to the woodshed,” Slocum said. “I mean he could step out and make a jump shot, he’s really good in the post…that’s a good basketball kid.”

Slocum doesn’t want to use the Penguins’ youth as an excuse for the team’s performance on Wednesday night, but he did think that the game experience could help the younger players on the roster with their development.

Cameron Morse was one of the few highlights for the Penguins during the game. Morse finished with 26 points, six rebounds, three assists and two steals.

“We’re a really young group. I’m not going to sugarcoat that,” Slocum said. “Latin [Davis], Cisco [Francisco Santiago], Cam [Cameron Morse] those guys are finding their way and we’re going to have some bumpy roads until we could settle on a rotation and settle on some guys just having a good feel for the game.

“I think Jordan Andrews is good, but there’s times he makes a force here or there—that’s just game time experience with young people and that reflects your defensive end too. Cam’s capable of that. I think he capable of doing that on a nightly basis. Obviously, I think he played really well today. Maybe on of the few highlights.”