Youngstown State University’s nickname and its origin story are very unique. On the surface, “Penguins” is a strange nickname for a university in northeast Ohio. All wild penguins live in the Southern Hemisphere and they spend up to 80% of their lives in the ocean. Similar to how the idea of a penguin in the Northern Hemisphere is unique, so is Youngstown State’s nickname. The university is the only NCAA Division I school with a penguin mascot and the nickname of “Penguins.”

According to the NCAA, there are two origin stories of how YSU got its nickname. Both involve a men’s basketball game against West Liberty State Teachers College on a cold night in 1933. One story claims the West Liberty State head coach commented that Youngstown State players “stomped on the floor and swung their arms” in a way similar to penguins. According to a Jambar article from 2017 the players were acting in this way because there was no heating on the bus ride to the game and no heating in the locker room at the game.

The second account cited by the NCAA also happened during Youngstown State’s game against West Liberty State. The town of West Liberty, West Virginia reportedly received between one to two feet of snow on game day, and during the snowy drive to the game, some fans were discussing potential nicknames for the team. Someone suggested “Penguins” and it was reportedly well-received by the occupants in the car. Once the car arrived at West Liberty, its occupants suggested it to others in the gym, where it also received support.

The first use of “Penguins” was in the Dec. 15, 1933 edition of The Jambar, after the school had played Slippery Rock in men’s basketball. However, the nickname did not become official until the university got a football program in 1938. This did not matter to students who embraced the nickname. The mascot of Youngstown State changed throughout the school’s history. The first mascot was a live penguin that came from Antarctica in 1939 — his name was Pete. There were three live mascots in total before the university switched to a costumed penguin in 1965.

The story of Youngstown State’s nickname is as unique as the nickname itself. The name is one of a kind and so is the story that goes along with it. Some might say it’s bizarre, but a penguin scowling at the competition is a pretty cool mascot. 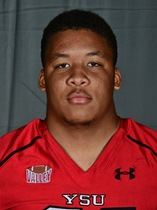 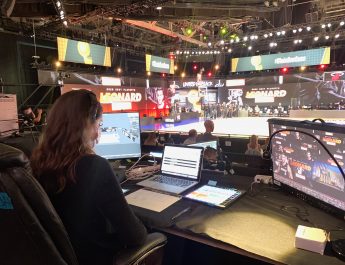