Despite the fact that we are in the heat of the presidential primary season — with debates and campaigns in full force — we haven’t written much about it in this space. This is in part because politics make us stupid.

No, it’s not just listening to Ben Carson’s outlandish claims about the provenance of the pyramids or the talking heads that show up on weekly roundtable shows, talking a lot but not saying anything.

Affiliating yourself with a political party decreases your ability to rationally process information.

Daniel Kahan, Yale professor of law and psychology, has done a significant amount of research on what he calls “cultural cognition,” or the idea that we form beliefs based not on evidence but on the social norms of the group we affiliate with.

For instance, Kahan and his colleagues conducted a study to see if the difference between those who accept climate change and climate-change deniers could be explained by scientific literacy.

On the contrary, the people with the most scientific literacy were the least likely to be swayed by the evidence. They used their knowledge to explain away contradicting research and better argue their own viewpoints. More information, even contradicting information, strengthens their beliefs.

Another study Kahan conducted found that when people were provided with information on scientists possessing the same credentials, people were more likely to consider the scientists experts if they held opinions consistent with their own.

This doesn’t occur with most things — the average person accepts science regarding things like germ theory and the shape of the Earth — but it occurs with politicized issues like climate change, gun control, evolution, GMOs and vaccinations.

Brendan Nyhan, a political scientist at Dartmouth University, wrote in The New York Times about a study he conducted that found parents who opposed vaccination were less likely to say they would vaccinate their children after receiving information disproving the myth that vaccines cause autism.

Emily Thorson, a political scientist at Boston College, wrote her dissertation on “belief echoes,” finding that even when you successfully convince someone that their belief is incorrect, it only reduces the effect of that belief by about half.

So when we align ourselves with a particular political party, the desire to fit in limits our ability to process information; the smarter we are, the less likely we are to be convinced by evidence, and even if we do become convinced, the effects of that initial belief remain.

One could read this as an endorsement of the No Labels movement, which has recently established its presence on Youngstown State University’s campus, which prioritizes collaboration and problem solving over partisanship.

Another approach is to focus on policies rather than politicians. When people join political parties, they start behaving more like sports fans blindly professing allegiance to their teams than citizens deciding which policies should be employed to govern the country.

But the best thing you can do is be aware of these effects, take a look in the mirror and decide whether you believe what you believe because you believe it or because you don’t want to alienate your friends and neighbors who believe the same thing.

The editorial board that writes editorials consists of the editor-in-chief, the managing editor, the copy editor, and the news editor. These opinion pieces are written separately from news articles. They draw on the opinions of the entire writing staff and do not reflect the opinions of any individual staff member. The Jambar’s business manager and non-writing staff do not contribute to editorials, and the adviser does not have final approval. 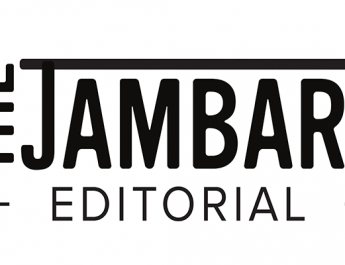 It’s Okay to Ask for Help

Access to fresh produce for YSU students who live on campus